The words above? They’re actual quotes. And they’re not from the pages of newspapers, like this one, who aren’t big fans of Justin Trudeau’s government.

They’re what international media have been saying about Canada’s vaccine rollout. The Washington Post, CNN and Bloomberg, respectively. And there’s a lot more criticism internationally, too, if you go looking for it. END_OF_DOCUMENT_TOKEN_TO_BE_REPLACED 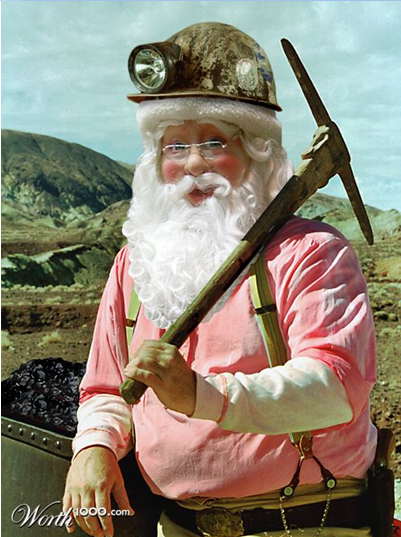 Merry Christmas and Happy New Year. Stay safe. RepublicOfMining.com will be back January 5, 2021.

Two young men were sent to jail for taking advantage of Ottawans during the 1920’s before watching their network come crumbling down due to the Great Depression.

It was Saturday, August 30, 1930. Two men, soberly dressed in dark suits, waited quietly in an Ottawa courtroom to hear their fate, as they had just pleaded guilty to conspiring to defraud the public and to manipulating the prices of mining companies’ shares.

Judge Daly broke the news — three years for each of them in the Collins Bay Penitentiary. It could have been worse.

The law allowed for a sentence of up to seven years for their crimes, but they had hoped to get away with just two. However, Justice Daly said that he couldn’t see how a sentence of less than three years would meet the circumstances. He had to look toward to future cases and this would set a precedent. After the pair received their sentences, former colleagues came up to shake their hands and offer condolences. END_OF_DOCUMENT_TOKEN_TO_BE_REPLACED

RepublicOfMining.com will be back on January 6, 2020.

For every ton of minerals extracted, 30 tonnes of mining waste are generated.
With 1.5 million tons of residue created per day, Chile is the world leader in
mining waste.

REQUINOA, Chile: From the sky, the glistening emerald ponds of northern Chile are almost beautiful, but closer to the ground they harbour an ugly and dangerous secret: the reservoirs, filled with toxic waste from the country’s mining industry, are ticking time bombs.

Mines are the pillar of Chile’s economy, but their byproducts – which accumulate in ravines, mountain areas, river beds and reservoirs, and which are often used to create tailings dams, pose a handful of problems for surrounding inhabitants.

Apart from the environmental threat, the recent collapse of two Brazilian dams that killed hundreds of people has triggered alarm in Chile, which produces approximately a third of the world’s copper. END_OF_DOCUMENT_TOKEN_TO_BE_REPLACED

TORONTO, June 24, 2019 /CNW/ – VRIFY Technology Inc. is pleased to announce it has entered into an agreement with Kirkland Lake Gold to launch the KL Gold Deal Room, a new online corporate development initiative that enhances the process of identifying and evaluating potential investment opportunities.

The launch of the KL Gold Deal Room supports Kirkland Lake Gold’s objective to deploy its capital and technical expertise to make new discoveries, develop new mines, secure future gold resources and continue to responsibly deliver value to its shareholders. Kirkland Lake Gold has outlined a simple set of criteria for assets which have the potential to complement its growth strategy and will consider possible strategic investments, joint ventures and M&A opportunities. Using the KL Gold Deal Room, companies with assets that require capital, and meet these criteria, are invited to make online submissions to the KL Gold Deal Room using one standardized format that can be accessed anywhere, anytime. END_OF_DOCUMENT_TOKEN_TO_BE_REPLACED

I should have anticipated the blowback to the final report of the National Inquiry into Murdered and Missing Indigenous Women and Girls.

I should have realized as I listened to question after question from non-Indigenous journalists during the formal release how much the pushback would hurt, that Indigenous people would be reminded, once again, of the great gulf of misunderstanding between ourselves and Canada.

I should have realized that the inquiry’s finding that Indigenous peoples are the victims of a “race-based” genocide empowered by colonial structures would be mocked by pundits in the media. After all, the media is among those colonial structures. My profession has been complicit in the suffering of Indigenous people. It still is. END_OF_DOCUMENT_TOKEN_TO_BE_REPLACED

This episode features the first of a two-part conversation with strategist, lawyer and author Bill Gallagher on the topic of Canada’s Indigenous People and their land rights, and how that relates to resource development in the country.

Bill is the author of two popular books on the topic: the recently published Resource Reckoning: a Strategist’s Guide from A to Z and the 2012 milestone Resource Rulers: Fortune and Folly on Canada’s Road to Resources.

To buy the books and for more information, visit https://www.billgallagher.ca and find him on Twitter at @ResourceRulers. END_OF_DOCUMENT_TOKEN_TO_BE_REPLACED

This article was originally published in Maclean’s magazine on March 19, 1955.

The Hunch that’ll pay off in Billions

They scoffed at Franc Joubin when he insisted Algoma was rich in uranium. But, after a secret staking rush that reads like fiction, his colossal finds are now sparking the world’s biggest uranium mines and his theories have started a stampede from coast to coast

IN MID-MAY 1953 a mysterious expedition took off from South Porcupine in northern Ontario. Its members were a dozen geologists and mining engineers, eighty prospectors and, of all people, several young lawyers. The planes carried more than fifty tents, as many geiger counters, a hundred axes and other bush gear and several tons of food.

The planes took off at irregular intervals and headed north—a touch of cloak-and-dagger designed to confuse the curious. Most of them made several flights. As soon as settled areas were left behind, they turned southwest on compass bearings that carried them two hundred and fifty miles into the Algoma country, midway between Sault Ste. Marie and Sudbury, just north of Lake Huron. Some of the parties landed on lakes within an outfielder’s throw of the CPR Soo Line and the hard-surfaced Trans-Canada highway. END_OF_DOCUMENT_TOKEN_TO_BE_REPLACED

Jon Baird, chairman of the Canadian Mining Hall of Fame, joins BNN Bloomberg to discuss Kate Carmack’s induction to the organization as the first Indigenous woman. Carmack’s involvement in the Klondike Gold Rush has been left out of history until a recently published novel brought new facts to light.

Pierre Lassonde, chairman of Franco-Nevada, joins BNN Bloomberg to discuss why he believes 2019 will be a favorable year for gold. He also discusses his concerns about mining activity slowly moving away from Canada.

RepublicOfMining.com will be back January 3, 2019.

Vancouver, B.C. – December 6, 2018 – The Association for Mineral Exploration (“AME”) is proud to announce its 2018 Celebration of Excellence Award winners. Leaders will be recognized for their significant efforts and contribution to the industry at the renowned AME Awards Gala on January 30 during the AME Roundup 2019 conference. Tickets are available through registration at www.amebc.ca/roundup.

Commenting on the Award Winners success, ‘Lyn Anglin, Chair of the AME Board of Directors, said;

“Congratulations to the industry leaders who are receiving AME’s 2018 awards. I am honoured to commend each winner for their momentous contributions to our industry, paving the way for its future beneficiaries. The theme of AME’s 2019 Roundup conference is ‘Elements for Discovery’ and these individuals and teams, through their remarkable efforts in elements of exploration, development and outreach, have generated discoveries and advancements which will bring benefits to the many diverse communities throughout British Columbia and Canada. The Awards Gala at Roundup is a chance for us all to recognize and rejoice in their accomplishments.”

This year’s Award Winners are: END_OF_DOCUMENT_TOKEN_TO_BE_REPLACED

VRify is a communication platform empowering companies and investors to connect on a new level. Showcase your projects and assets to investors in our virtual space, share the latest news and events instantly and market your company like never before. 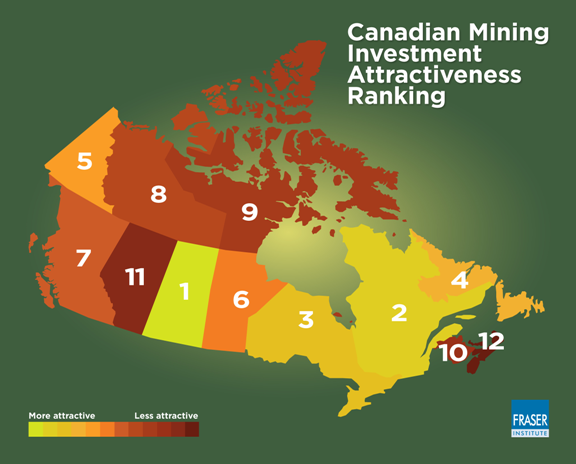 This year’s survey of mining executives rates 91 jurisdictions around the world based on their geologic attractiveness for minerals and metals and the extent to which government policies encourage or deter exploration and investment. END_OF_DOCUMENT_TOKEN_TO_BE_REPLACED