A power struggle at Agnico Eagle Mines Ltd. over corporate culture, personnel and strategy led to the big Canadian gold miner cutting ties with its new chief executive officer, Tony Makuch, only 16 days after he took over the job following a merger with his former employer, Kirkland Lake Gold Ltd.

But a number of ambitious junior miners continue to search for high-grade gold at depth on the path to bring the next generation of mines online in this historic northeastern Ontario gold camp. The gold price in late February was hovering just below US$1,900 an ounce.

The “merger of equals” between Agnico Eagle and Kirkland Lake Gold is done. The two mining companies made that official in a Feb. 8 news release. The new and combined company will be called Agnico Eagle Mines Limited.

The two companies, which announced the $13.4-billion transaction back on Sept. 28, cleared the final regulatory hurdle for the combination to take place when Australia’s Foreign Investment Review Board approved the deal. Shareholders for both companies approved the transaction in November.

The mega-merger of Agnico Eagle Mines (TSX: AEM; NYSE: AEM) and Kirkland Lake Gold (TSX: KL; NYSE: KL; ASX: KLA) unveiled to the market on September 28 “makes a lot of strategic sense” but is likely to be the last blockbuster M&A deal by a major in the Canadian mining sector, according to Haywood Securities mining analyst Kerry Smith.

“Most of the big deals are done,” Smith says in an interview. “There are going to be acquisitions of assets by some of the mid-tiers—that’s what’s going to come next. I think we’ll see mid-tier mining companies buying single-asset development stage companies; companies like Rupert Resources, Moneta, and Belo Sun Mining and others — companies that are in super-easy jurisdictions to work in.”

In a sector where investor confidence is extremely low, mining companies re-kindled efforts to explore alliances and partnerships to bring promising projects online and share the risk between parties during the recently concluded in-person Colorado mining conferences.

On Tuesday, global miners Agnico Eagle Mines Ltd (AEM) and Kirkland Lake Gold (KL) announced that they have agreed on a merger of equals, with the combined company to continue under the former’s name.

Agnico Eagle Mines Ltd. and Kirkland Lake Gold Ltd., largest and second-largest gold producers in Canada, on Tuesday announced an all-stock merger, valued at around $13.5 billion that creates a new gold mining giant with its center of gravity in Canada.

The merged entity would keep the Agnico Eagle name and produce about 2.5 of its 3.4 million ounces of gold per year from mines in Canada. The deal comes about one year after gold, a traditional safe haven in times of economic uncertainty, reached an all-time peak at US$2,067 per ounce in August 2020.

Agnico Eagle Mines Ltd. plans to acquire Kirkland Lake Gold Ltd. in an all-stock transaction that the companies say will create a “true Canadian mining champion,” but the deal garnered a lukewarm reception on Bay Street, with some investors questioning the strategic rationale.

Toronto-based Agnico said on Tuesday it intends to pay 0.7935 of its shares for each Kirkland share, or about 1 per cent higher than Kirkland’s average close over the 10-day period as of last Friday, essentially making it a nil-premium deal valued at more than $13-billion.

In the early 20th century, the discovery of the Cadillac-Larder Lake Fault Zone (CLLFZ) ushered in the Abitibi-Tamiscamingue Gold Rush and the geological anomaly continues to have a major impact on Quebec’s mining history.

The massive CLLFZ is a regional-scale strike fault and/or shear zone and is one of the most important structural controls on the gold mineralization in the Abitibi Greenstone Belt (AGB), which has produced 190 million ounces of gold since the early 1900s.

Its name derives from the township of Cadillac, where it was first discovered. The CLLFZ is roughly 160 kilometers long and extends from the town of Val d’Or, in Quebec, to Kirkland Lake, in Ontario, Canada. Although the city’s name in French means “valley of gold,” there is no valley in Val d’Or, however, there is still plenty of gold remaining in the surrounding area.

Canada’s Kirkland Lake Gold (TSX, NYSE:KL) (ASX:KLA) is happy with its acquisition of Detour Gold early this year, as it gained control of the Detour Lake mine in Ontario, which now accounts for more than 40% of the company’s 2020 free cash flow.

“We are extremely pleased with the contribution already being made by Detour Lake mine, which generated $231 million of free cash flow in the first eight months since the transaction,” chief executive Tony Makuch said in the statement.

Iamgold Corp. has suspended mining at its Westwood gold mine in Quebec after yet another earthquake hit the site on the weekend, the latest in a long list of seismic events over the past few years to affect both production and reserves.

On Monday, the Toronto-based gold company said in a statement that an earthquake occurred at the underground mine around 2:30 p.m. on Friday. All underground employees were safely brought to the surface but Iamgold did not specify how long the process took.

Natural Resources Canada said the quake measured 3.8 on the Richter scale, and was “lightly felt” by residents of Preissac, Que., in the Abitibi region.

(Kitco News) – Mining activity in Northern Quebec continues to heat up, with Yamana Gold increasing its footprint in the Abitibi region after it announced it would buy Monarch Gold’s Wasamac property and the Camflo property and mill.

Announced Monday, under the agreements of the friendly takeover, Yamana will purchase all outstanding Monarch shares in a cash and equity deal valued at approximately C$152 million.

“The acquisition provides Yamana with a high-quality project with a significant mineral reserve and mineral resource base and excellent potential for further expansion.

Gatling Resources has connected three high-grade deposits at its Larder Gold Project in northeastern Ontario, and can prove it’s all part of one large mineralized system.

The Vancouver junior miner claims it has successfully drilled gold mineralization between its Fernland and Cheminis deposits.

Sudbury’s Wallbridge Mining has inked a term sheet to do a joint venture with Kirkland Lake Gold of its Detour East gold property in northwestern Quebec.

Under the agreement, Kirkland Lake Gold can earn a 75 per cent interest in Detour East by spending a total of $35 million on exploration at the property. 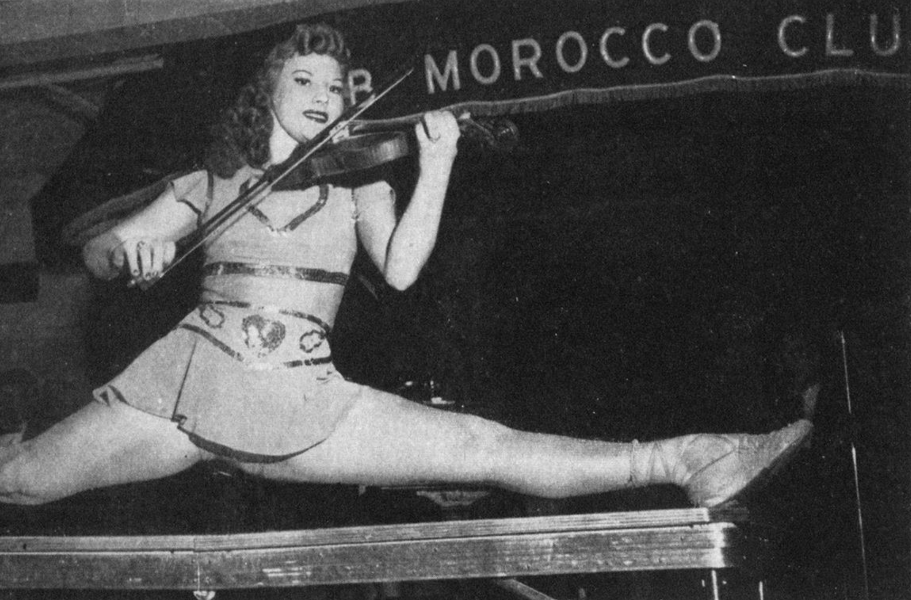 LAST AUGUST police raided Lew Gagnier’s so-called Hunting and Fishing Club in Val d’Or, Northwest Quebec, and seized chips, dice, shakers and gambling machines which had been used in the Yukon 60 years ago.

Not since Dawson City burgeoned to the ballads of Robert W. Service has such a lusty town as Val d’Or been whelped from the strike of a bonanza.

Fifteen years ago it was matted muskeg, the lair of timber wolves, 65 miles east of the then new gold mines in Rouyn-Noranda. Today it is a gilded city of 10,000 glittering in the heart of a forest.

The paradoxes of the old and the new are plain in Val d’Or. You could stand bathed in Neon light at either end of the mile-long main drag and bag a too curious moose in the bush which huddles up to the city limits.