The big splash agreement that Elon Musk and his Tesla car company made last week with Brazilian miner Vale should have a ripple effect in the nickel-rich Sudbury basin and across Northern Ontario, according to a Toronto-based mining columnist.

“This is a tremendous opportunity to highlight the enormous potential of the Sudbury basin for clean, low-carbon nickel,” said Stan Sudol, owner of the Republic of Mining website, who heaped praise on the Tesla CEO.

Expect 2028 to be the year when the first truckloads of nickel concentrate will be rumbling out of the James Bay lowlands to market.That was the best educated guess from Noront Resources CEO Alan Coutts on an approximate date when the Eagle’s Nest nickel mine in the Ring of Fire will go into production.

During a Greater Sudbury Chamber of Commerce webinar on May 3, Coutts delivered an update to an online audience on the latest goings-on with the company and a basic primer on how Noront’s new Australian owners, Wyloo Metals, intend to approach development in Ontario’s Far North. Wyloo’s $616.9-million acquisition of Noront was finalized in early April.

Well done is better than well said. That was the message from Wyloo Metals CEO Luca Giacovazzi, the new man at the controls of Noront Resources and its prized Eagle’s Nest nickel project in the Ring of Fire.

Giacovazzi made a crack-of-dawn introductory media call — Western Australia time — only hours after the Perth-headquartered mining company celebrated the closing of its $616.9-million acquisition of the Toronto junior miner on April 7.

The Ring of Fire’s newest player contends it will “set a new global benchmark in sustainable mining” in Ontario’s Far North. Australia’s Wyloo Metals announced April 7 that it has formally completed its acquisition of Noront Resources and its flagship Eagle’s Nest nickel asset in the James Bay region.

After Noront shareholders gave their blessing on March 15, the final court and stock trading regulatory hurdles have now been cleared. 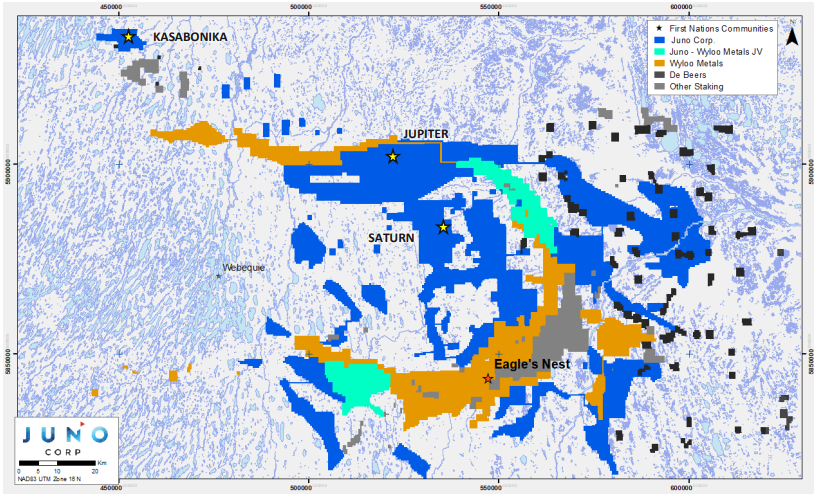 A bidding war was won by Wyloo with a $617-million proposal and approved by Noront shareholders. The merger serves as the first attempt by the Australian mining company coming to Canada to revive a dormant, prime mineral belt.

The sale of Ring of Fire explorer Noront Resources to Wyloo Metals of Australia is about a week away from being finalized.

While the Perth-based mining company has imposed a news blackout on all things related to its newly acquired James Bay mineral interests until the transaction closes on April 7, it didn’t stop Wyloo’s top executive from swooping into Thunder Bay last week for a brief visit.

The billionaire mining magnate known as Twiggy may be emulating Bill Gates with the scale of his philanthropy, but not everyone is convinced

Andrew Forrest says he isn’t after power. He didn’t aim to become wealthy. The 27.2 billion dollar man just “wants to leave the world a better place”.

The American novelist John Barth wrote that “everyone is necessarily the hero of his own life story”. Forrest is certainly that. But his story – including, but not limited to, the staggering success of his iron ore business and the even more staggering ambition of his clean energy plans – is writ large enough for others to read. And they don’t all see him as a white knight.

$616.9-million Ring of Fire deal could be finalized on April 7

A major milestone has been reached on the path of potential mining development in the Ring of Fire. Noront Resources shareholders overwhelming approved the sale of the Toronto junior miner’s mineral assets in the Far North to Wyloo Metals of Australia.

Shareholders voted 98.92 per cent in favour of the $616.9-million deal during a special shareholders meeting on March 15. Noront shareholders have another 10 days to decide if they want to retain their shares or receive the $1.10 cash offer by Wyloo.

THUNDER BAY — An Australian company could soon be leading the charge to build the first nickel mine in the Ring of Fire mineral belt if Noront Resources shareholders approve the move next month.

Investors who hold shares in Toronto-based Noront can vote at a virtual special meeting set for March 15 on a deal to have the company taken over by a subsidiary of Wyloo Metals, a Noront news release said Wednesday.

The agreement will see IGO and Wyloo Metals conduct a study, funded 70:30 by IGO and Wyloo respectively, to evaluate the technical, commercial and economic feasibility of developing a downstream nickel processing facility based in Australia. 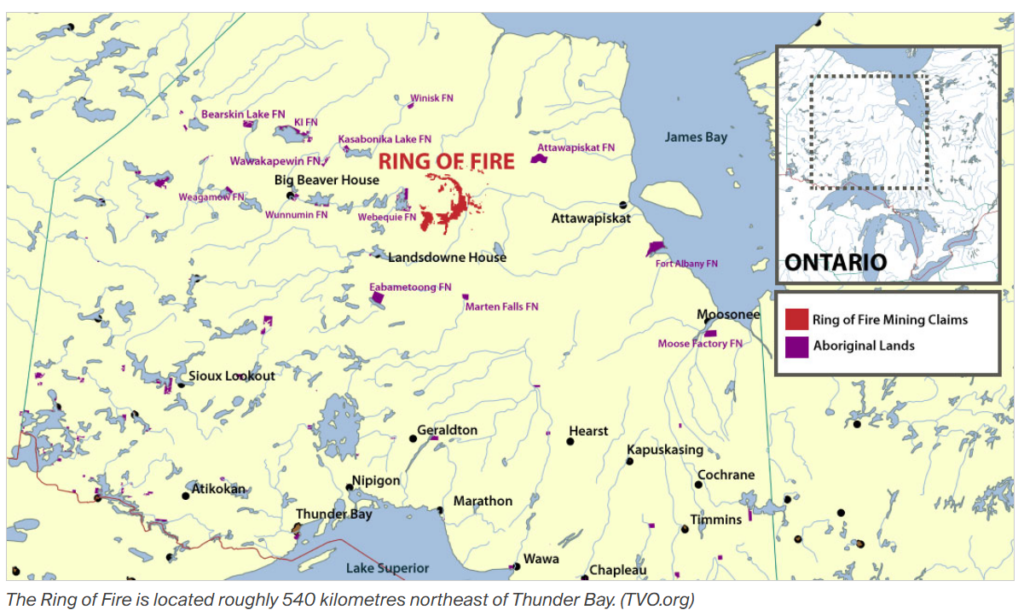 It’s one of Ontario’s last undeveloped regions, but First Nations say they’ve been given “token roles” in shaping its future

SUDBURY — It’s been 15 years since metal deposits were found in the so-called Ring of Fire. Now, the planned mining development, which spans 5,000 square kilometres in northern Ontario, has entered a new phase — and a group of First Nations wants to make sure its concerns are front and centre.

The new phase includes a regional impact assessment, a federal process that considers the effect that mining could have on one of Ontario’s last undeveloped regions. Five neighbouring First Nations are demanding that the government “start afresh with a commitment to have the [RIA] mutually and equally co-developed and co-led and co-enforced by an Indigenous governing body … that we Indigenous Nations will develop.”

Billionaire Andrew Forrest has raised his stake in takeover target Western Areas in a move that confirms suspicions he will try to complicate IGO Group’s friendly takeover of the nickel miner.

Dr Forrest’s private company Wyloo Metals spent $31.4 million buying Western Areas shares on Friday and Monday at an average price of just under $3.43 per share. That valuation is above the IGO offer price of $3.36 per share, which the Western Areas board supported shortly before Christmas.

Wyloo plans to build nickel mine in next five years, stoking renewed debate about reconciliation with Indigenous peoples

In the last days of December, Australia’s Wyloo Metals Ltd. offered $617 million in cash to buy Noront Resources Ltd., ending a bidding war with fellow Australian mining giant BHP Group, and emerging as the presumptive new owner of the collection of mineral claims in Ontario’s James Bay Lowlands known as the Ring of Fire.

The deal, expected to close in the next few months, leads to at least one major question: What happens next in the Ring of Fire? Cut off from the rest of Ontario, the project would require more than $1 billion of taxpayer investment in roads and infrastructure.

Wyloo Metals Pty Ltd., the winner of a fierce bidding war for Noront Resources Ltd., hopes to have a large nickel mine in operation in the Ring of Fire, and an access road built into the remote minerals district in northern Ontario, within five years.

Earlier this week, BHP Group Ltd. said it was not willing to improve upon Wyloo’s offer of $617-million ($1.10 a share) for Noront, ending a seven-month battle. Wyloo, a private equity firm based in Perth, Australia, that specializes in investing in large resource projects, is backed by billionaire Andrew Forrest, founder of iron ore giant Fortescue Metals Group.