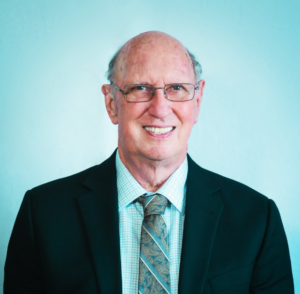 James Franklin is a distinguished geoscientist who helped build and advance the knowledge base of Canada’s minerals industry. He spent much of his career with the Geological Survey of Canada (GSC) documenting the complex evolution of the Canadian Shield and the link to its phenomenal mineral wealth. He was a pioneer in the development of models and techniques to guide exploration for volcanogenic massive sulphide (VMS) deposits and led ocean-based research of “black smoker” systems to understand how VMS deposits form.

In addition to these technical contributions, which led to new mines and discoveries, Franklin served the minerals sector as a geological consultant, educator, author and lecturer, and industry ambassador. Born in North Bay, Ontario, Franklin earned BSc (1964) and MSc (1967) degrees from Carleton University, and his PhD (1970) from the University of Western Ontario. He joined the GSC in 1975, after a six-year term as the first professor of economic geology at Lakehead University.

As a young GSC research scientist, Franklin developed the regional metallogenic framework for Southern, Churchill and Superior Provinces of the Canadian Shield. His original pioneering work in the field of economic geology contributed to numerous gold and base metal mines and discoveries in Canada and abroad. 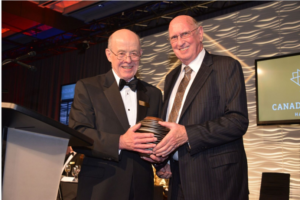 Franklin was also the driving force behind the development and refinement of the definitive model for VMS deposits. He focused on the areas of volcanic cycles, age dating, and alteration lithogeochemistry — all of which became key tools in VMS exploration.

In 1981, Franklin began a 10-year odyssey in offshore exploration and seafloor research. He was amongst the fi rst geologists to use a deep submersible to discover and study “black smokers” on mid-ocean ridges off the coast of British Columbia. His research and the first ocean-based drilling program helped establish the links between modern and ancient seafloor hydrothermal systems. This research enhanced the industry’s ability to understand the environments in which VMS deposits form and the processes that leave a distinctive and traceable deposit footprint.

Franklin continued to advance Canada’s minerals industry in his role as Chief Geoscientist of the GSC from 1993 to 1997. He managed the GSC’s entire science program (domestic and international), as well as its strategic planning and inter-governmental accords and initiatives. He established the popular “Bacon and Eggheads” forum in Ottawa to help inform and educate politicians and bureaucrats of the importance of science to the economy. He also encouraged the industry to build bridges of understanding with other influential segments of society.

After leaving the GSC, Franklin continued to serve the minerals sector as an independent geological consultant, director of exploration companies, supporter of industry associations and causes, and as a mentor of young geoscientists. He has received numerous awards for his achievements, including the RAF Penrose Gold Medal from the Society of Economic Geologists and the Logan Gold Medal from the Geological Association of Canada.