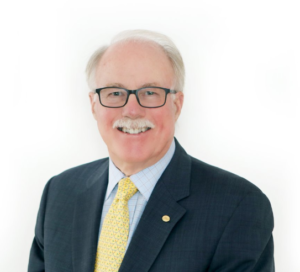 James Gill secured a place in mining history through the exceptional success and staying power of Aur Resources. In 1981, he made a timely decision to launch his own company and begin the hunt for projects with potential to become producing mines. With a PhD in economic geology and early career experience with senior companies, he brought strong technical skills and a disciplined approach to corporate management to his newly incorporated junior.

Aur began life with $250,000 of seed capital, which Gill parlayed into a large land package in Quebec’s Val d’Or mining camp. Aur became a modest-sized gold producer through discoveries and mine acquisitions, but the big breakthrough came in 1989 with the Louvicourt copper-zinc discovery. Gill’s entrepreneurial energy came to the fore as Louvicourt was developed into one of Canada’s premier copper-zinc mines. He continued to develop and acquire mines in Canada and abroad until 2007, when he negotiated a $4.1 billion buyout of Aur by Teck Resources.

Mining was part of Gill’s DNA, as his grandfather James E. Gill (a 2003 CMHF inductee) was a successful consulting geologist and an influential professor of economic geology at McGill University. Born in Montreal, James W. Gill is a McGill graduate with a BSc degree (1971) and a MSc degree (1976). He also earned a PhD from Carleton University in Ottawa. 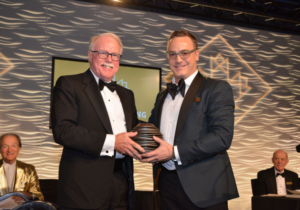 Gill began his career with Getty Mines, Cominco, Texas Gulf Sulphur and Denison Mines before forming Aur. He was a determined but strategic risk-taker who focused on known prospects and old mines in established mining camps. Two early discoveries, Norlartic and Kierens, became mines and Aur acquired two others to achieve total gold production of 75,000 ounces by 1992.

Gill’s leap into the big leagues came with the 1989 Louvicourt discovery in Quebec, which was considered the most significant base metal find since the Kidd Creek discovery in 1963. Along with Aur vice-president Howard Stockford, Gill turned his attention to developing and operating the mine. He raised $300 million to put Louvicourt into production and achieved this goal less than five years after discovery. By closure in 2005, the mine had produced more than one billion pounds of copper and more than 500 million pounds of zinc, plus gold and silver by-products.

Another phase of Aur’s growth occurred when Gill acquired controlling interests in the Andacollo copper project and the Quebrada Blanca copper mine in Chile, and the Duck Pond zinc/copper deposit in Newfoundland and Labrador. Andacollo and Duck Pond were developed by Aur into producing mines while Quebrada production was upgraded and expanded resulting in Aur becoming a global mining company with more than 2,000 employees.

Aur ranks among the most successful companies of its time, which is a testament to Gill’s strong and visionary leadership. In 2007, after 26 years of creating value for shareholders, he negotiated the $4.1-billion transaction in which Aur was ultimately acquired by Teck Resources.

Gill has received many awards for his achievements, notably the Bill Dennis Prospector of the Year and the Mining Man of the Year in 1989, and the Viola Macmillan Developer of the Year in 2006. He served on the 1997 Mining Standards Task Force, and in recent years the Gill Family Charitable Trust has provided significant financial support to the education
initiatives of the Mining Matters Charitable Foundation.