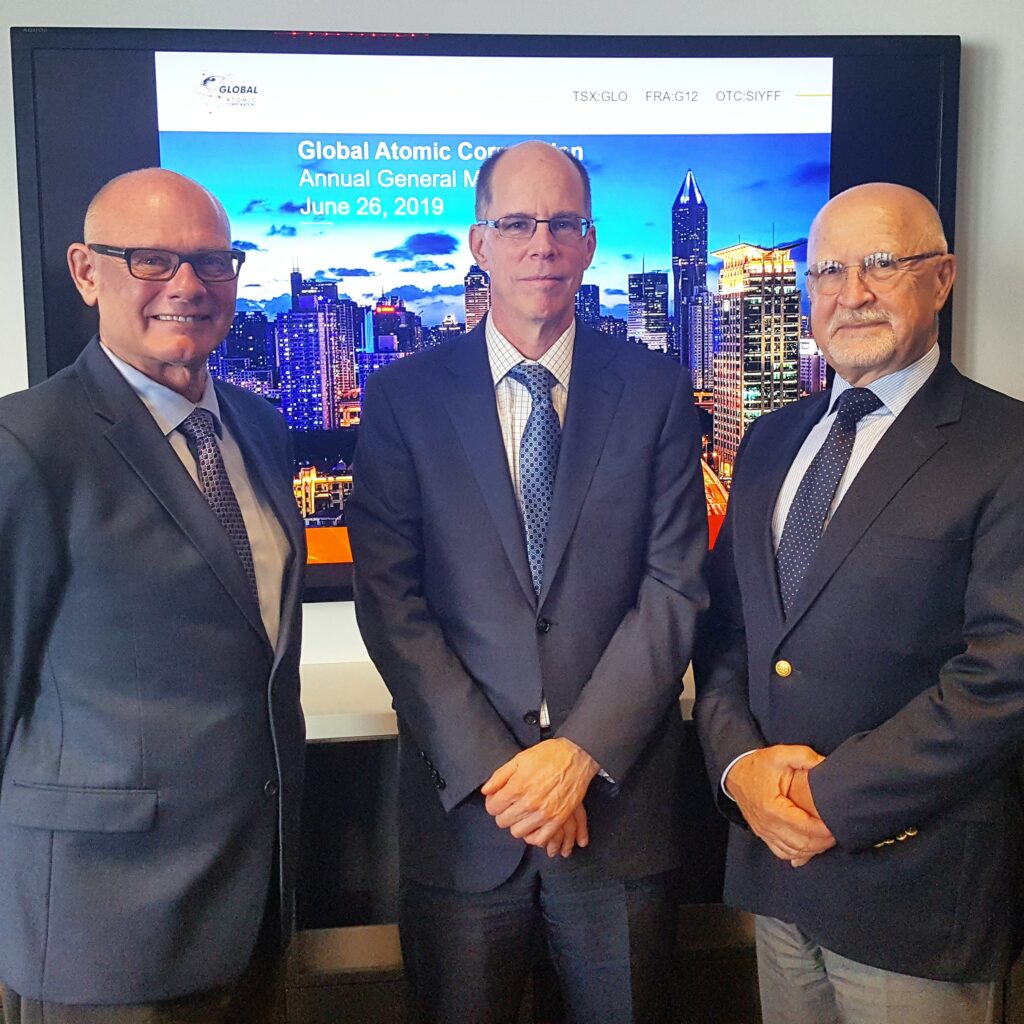 “IL EST MORT! He is dead!” At least that was the verdict of five French doctors who were on their way to a medical convention on the Paris to London Eurostar train in 2014, when they briefly examined “the body” of Stephen G. Roman, Global Atomic’s (TSX: GLO; US-OTC: GATF) founder, chairman and CEO.

“I was on my way to meetings in London after visiting our uranium properties in the Republic of Niger, West Africa, just north of Ghana,” Roman recounts. “I had not been feeling very well after I ate a meal before our roughly five-hour plane flight from Niamey to Paris, but I thought I would persevere. Just after being served dinner on the Eurostar, I violently vomited and passed out falling to the floor of the train.”

Luckily, on further examination, a nurse found his pulse and both Roman and George Flach, Global Atomic’s vice president of exploration, were evacuated from the train at Lille, France via ambulance, and brought to a local hospital with all their luggage, where after a day of intensive antibiotic treatment for a highly contagious and virulent intestinal bacteria, Roman finally started to recover.

Quickly kicked out of the hospital in the pouring rain and feeling a bit unsteady, Roman and a still healthy Flach spent a night in a local hotel and finally got to London the following day and continued with their investor meetings.

It wasn’t Roman’s first brush with mortality. He almost died in 2007 from cerebral malaria – the deadliest form of the mosquito-born affliction – which he contracted from a near-empty swimming pool filled with the disease carrying insects, at his hotel in Agadez, Niger, just south of the company’s uranium properties. He had to spend almost six months recovering from that ordeal once he got back to Canada.

For the rest of this article: https://www.northernminer.com/people-in-mining/the-father-the-son-and-the-holy-atom/1003826460/