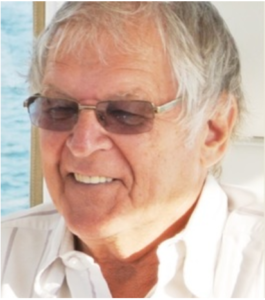 Sadly we announce the passing of Richard E. Nemis on March 9, 2019. Richard, or Dick, as he was fondly called, a “Northern Boy”, was born in Sudbury, Ontario in 1938 to the late James and Chrissie Nemis. He was predeceased by his wife Diane (Coulson) and is survived by his children Jennifer Elizabeth and Richard James.

He also leaves behind his brother Terry and sister Melody (husband Charles), several nieces and a nephew, plus a multitude of great friends and boat pals. He was educated at the University of Ottawa and Osgoode Hall and, after a short career as a lawyer, he dipped his feet into the interesting world of Mining Exploration where he definitely left a mark.

With his beautiful smile, intelligence and integrity he raised millions to invest in some “big finds” including Eagle River, Windfall Lake and many others.

His greatest legacy will be the Ring of Fire, which he discovered with the ultimate team (The best of the best).With Dick at the helm of Noront Resources, and most recently Bold Ventures, companies he originally named and founded, the world now has one of its biggest chromite discoveries. It was his fondest wish that one day this area in Northern Ontario would be developed. 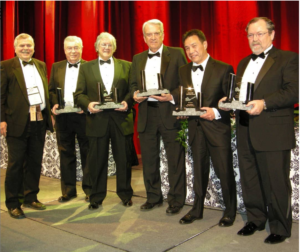 In lieu of flowers, please donate to the Richard Nemis Ring of Fire First Nation Community Trust at www.nemisroffntrust.com, or Margaret Bahen Hospice (905-967-1500). And the legend lives on…

For the original source of this obituary: https://memorials.roadhouseandrose.com/richard-nemis/3770342/index.php