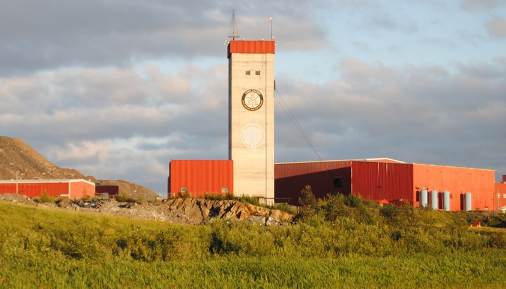 The final day of 2017 marked the end of an era at a Timmins mine. More than 100 years after the Dome underground mine started, work permanently ceased on Dec. 31.

Goldcorp Porcupine Gold Mines (PGM) announced the closure, which directly affects about 140 people, in August. To mark the end of the historic operation, mine general manager Marc Lauzier said each crew enjoyed cake, a photographer took keepsake photos for interested crew members, and the workers received a memento to bring home.

“I couldn’t be prouder of our crews; they’ve done a phenomenal job, they’ve kept their heads up right until the end, and the morale is actually better than it could be,” Lauzier said.

He complemented the professionalism of PGM’s staff, which he said remained focused on their work right until the end. Although mining operations stopped Dec. 31, Lauzier said there will be work over the next couple of weeks before the conveyances are stopped.

The Dome commenced operation in 1910. In its time, Lauzier noted that 17 million ounces of gold have come out of the ore body, and Project Century – a planned expansion of the original Dome open-pit operation – has the potential for an additional five million ounces.

For the rest of this article: https://www.northernontariobusiness.com/regional-news/timmins/dome-underground-operations-end-dec-31-802400