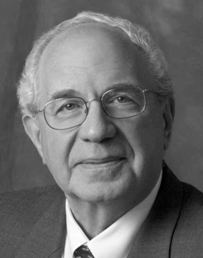 Ned Goodman has made transformative and enduring contributions to Canada’s minerals industry and capital markets as a company-builder, merchant banker and investment advisor during a dynamic career spanning almost half a century. He applied his geological training and business acumen to help build several successful mining companies — notably International Corona and Kinross Gold — and nurtured many other mineral producing companies through astute and timely investments. In addition to being anoutstanding member of the philanthropic community, Montreal-born Goodman is considered one of the leading architects of Canada’s investment management industry.

Along with his partners, he founded the first exploration flow-through partnership, CMP Group, which has raised almost $5 billion since the 1980s to help companies explore and develop mining and petroleum companies, leading to the generation of jobs and benefits for rural and northern economies in Canada. He was also the driving force of the Dundee group of financial companies, which grew under his leadership from a $300-millionbase to a $50-billion mutual fund entity.

An early interest in science prompted Goodman to obtain a B.Sc. degree in geology from McGill University. When geological employment was sparse and Goodman was laid off by Noranda in 1960, business also caught his attention, leading to him achieving an MBA degree from the University of Toronto in 1962. His career path took a financial turn in 1967, when he earned the designation of Chartered Financial Analyst and co-founded Beutel, Goodman & Company Ltd. which offered pension funds and private client investment advice.

The firm also established a reputation as a “go-to” destination for mining and oil investment, with junior companies particularly benefiting from Goodman and his partner Seymour Schulich’s ability to recognize resource mineral projects of merit — as well as sound management teams — and raise funds for their exploration and development.

Goodman played a leadership role in the re-emergence of Canada’s gold-mining industry in the 1980s, ultimately becoming the largest shareholder and chairman of International Corona, which held interests in world class gold mines in Ontario’s Hemlo region. He was involved in the creation of Kinross Gold, Repadre (later IAMGOLD) and Dundee Precious Metals, and was an early backer of FNX Mining Company Inc. (later Quadra FNX Mining) and its discovery and development of newnickel deposits in Ontario’s Sudbury camp.

The Goodman name is synonymous with that of the Dundee group of financial, resource and real estate investments, which he founded in 1991. Dundee’s Dynamic Funds was recently acquired by ScotiaBank. The remaining Dundee enterprise continues to oversee around $14 billion of resource and real estate investments as well as a resource-based capital markets and investment banking division — Dundee Capital Markets.

Goodman is Chancellor of Brock University and founder of the Goodman Institute of Investment Management at Concordia University where he is anadjunct professor. He is a meaningful benefactor of many worthy causes. Among his many awards and honours are PDAC’s Developer of the Year Award, presented in 1989; the Entrepreneur of the Year Award in 2004; and the Morningstar Investment Career Achievement Award in 2005.