May 28, 2013 in Asia Mining, Books, Art, Music and Photography About Mining and Northern Topics, Europe Mining 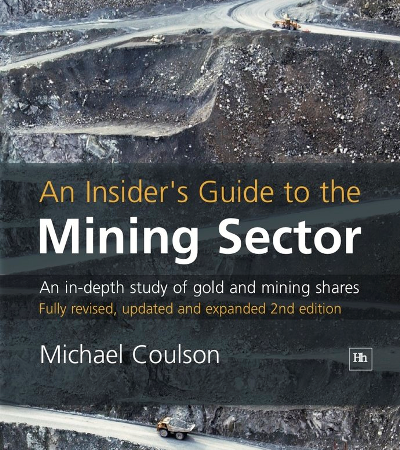 One of the most interesting business developments in recent years has been the relocation to and re-incorporation in the UK of a number of major mining companies. This has meant that four of the largest mining companies in the world – Rio Tinto, Anglo American, Xstrata and BHP Billiton – have UK incorporation; all are part of the FTSE100 share index. It is important to appreciate, however, that any UK mining operations that these companies have are very small. Indeed, mining in the UK is itself confined to speciality minerals such as china clay, sand and gravel and a rapidly contracting (though once powerful) coal mining industry.

The financial attractions of London

Therefore, with little mining activity in the UK the reasons for the presence of these companies in London is primarily financial. The banking system is seen as sophisticated and experienced in financing mining developments. Operating as a UK company means that the cost of capital can be much lower than in countries like South Africa. The historic links between the City of London and the mining industry mean that there is understanding of the risks and rewards of financing mining companies.

When UK exchange controls were swept aside in 1979/80 the equity market was once again able to look to British institutions and private investors to finance mining companies as they did in the nineteenth century at the height of the Empire. There was also a ready built expertise in the stockbroking community, which curiously was developed in the years of exchange controls primarily to service more fortunate investors in countries such as Switzerland which had no controls. How extensive that expertise is today is less clear and we will be considering that issue later. The existence of tax treaties, avoiding punitive double taxation implications for mining companies incorporated in the UK and operating elsewhere, is also helpful.

The revival of the UK mining company sector is also interesting when one remembers the decline that had set in by the 1960s. In the early part of that decade, two South African groups, Johannesburg Consolidated and Union Corporation, moved management and control from London to Johannesburg. In the early 70s, New Broken Hill, a UK company with Australian base metal interests, also re-incorporated in Australia.

Before that, in the 50s, London based African copper mining companies like Bancroft, Rhokana and Rhodesian Anglo American, which latterly became Minorco, had moved control to the then Northern Rhodesia which gained independence as Zambia in the 60s. In the 70s many of the London based Malaysian tin mining companies also upped sticks for the Far East.

The 90s saw the rapid recovery of the mining sector

By the early 90s the UK was down to Rio Tinto as its sole major mining group, and the relevance of London as a mining centre had all but disappeared. Since that time a remarkable transformation has occurred that has led to the establishment of three further UK mining groups alongside Rio Tinto, all large enough to be constituents of the FTSE100. In addition, Antofagasta, which had been a small capitalisation South American based railway company, is now a substantial and growing producer of copper in Chile and also a FTSE100 company, and Lonmin (formerly Lonrho), and also in the FTSE100, is one of the platinum industry’s ‘big three’.

Some newcomers have not come fully into the UK but incorporated in the UK’s offshore islands with a London market listing, West African gold company Randgold Resources, a Jersey company, is a substantial example of that.

The rapid recovery of the London mining sector in recent years is further underlined by the rise in the number of foreign mining companies seeking admission to the Alternative Investment Market (AIM), either to achieve dual listing alongside their home exchange or to relocate to the UK. Although this trend can be seen as support for London’s rising reputation amongst foreign mining companies, the actual price performance of a number of the companies listed has been poor.

On the whole the UK currently has few problems for investors, although that has not always been the case – as those with memories of the often desperate 70s will know. However, since UK mining companies largely operate overseas the issue of country risk is one that still has to be evaluated.

It is, therefore, helpful that the major UK mining groups have at least some geographical spread. Anglo American, with around 50% of its operating profits still coming from Africa and South Africa, is the most focused, Rio Tinto with its broad spread of interests is the least focused from the country risk angle. The smaller companies are unsurprisingly less broadly spread.

Borat is not the only Kazakhstani who has taken a shine to London! One of the more unusual trends that has sprung from the current mining bull market has been the flow of essentially Kazakhstan companies that have decided not only to obtain a listing on the London Stock Exchange, but have incorporated in the UK and are thus qualified to be included in the FTSE indices – in the case of copper miner Kazakhmys even making it into the FTSE 100 and along with Eurasian Mining in due course.

This mimics the incorporation in the UK of companies primarily operating in Britain’s dominions and colonies in the nineteenth and twentieth centuries. At one time many South African mining companies in particular were incorporated in the UK as mentioned above. The difference with Kazakhstan is that it has few if any historic links with the UK, having been under the thumb of Russia for centuries.

The reason for the rash of Kazakhstan companies coming to London is that the UK market has both the expertise and capacity to raise substantial amounts of capital for these ones, particularly the mining companies, and also has the required sophisticated investor base to subscribe for equity stakes and offer a liquid secondary trading environment.

The risks of the stans

But, whilst being flattered by this, foreign investors, both UK and others, need to be wary. Particularly in the field of oil and gas there are signs that the Kazakhstan government is seeking, like Russia, to make sure that it is in charge of the development process and thus is changing earlier agreements often on environmental [sic] grounds. It is also seeking to materially expand its uranium industry.

If the government in due course begins to see the mining industry in a similar light, the fact that companies are incorporated in the UK is unlikely to cut any ice. Oxus Gold’s shareholders have already been victims of a state grab by the Uzbekistan government for instance, and Oxus has also fallen foul of the Kyrgyzstan government, which has also seen UK minnow Palladex quit its ‘shores’ for Africa.

There may have been much excitement over the mineral potential of the ‘stans’, but this potential, which is very real, is not without risk, and this should not be ignored. In the ‘stans’, corporate governance is a very new and even alien culture, and countries like Kazakhstan are potentially rich enough to take a relaxed view of the concept.
There are also other issues to bear in mind, such as local stock markets, which are currently small and illiquid but in due course governments may well want to promote them and this may well lead to conflicts with UK incorporated Kazakhstan companies, particularly in the sensitive area of natural resources.