Niki Ashton, is the New Democratic Member of Parliament for the electoral district of Churchill in Manitoba, Canada. She was first elected in the 2008 federal election. A resident of Thompson, Manitoba, she is the daughter of Manitoba provincial NDP cabinet minister Steve Ashton. (Wiki)

OTTAWA–Award-winning documentarian Michael Moore agreed to a request by New Democrat MP Niki Ashton (Churchill) to help share her message about the devastating decision by Vale to close the Vale smelter and refinery in Thompson, MB.

Moore’s team expressed great interest in Vale’s decision and the devastating impact it would have on Ashton’s home community of Thompson. Moore’s team plans to post Ashton’s YouTube video on his website as well as post a series of blog entries by Ashton and the people who are losing their jobs.

“Our message is that this is about our jobs and our community,” said Ashton. “It is time our government stopped supporting profitable corporations like Vale, and started standing up for us.”

Vale, A Brazilian company, bought out Inco in a foreign takeover that was approved by Canada’s federal government in 2007. In the fall of 2010 Vale also received a $1Billion loan from Canada’s federal government. Despite promises to increase employment, Vale announced the closure of the smelter and refinery, eliminating all the value added mining jobs in Thompson by 2015. END_OF_DOCUMENT_TOKEN_TO_BE_REPLACED

Steve Ashton was first elected to the Manitoba Legislature in 1981 for the New Democrat Party (NDP). He was re-elected in the general elections of 1986, 1988, 1990, 1995, 1999, 2003 and 2007. In October 2009, he was appointed as Minister of Infrastructure and Transportation, Minister Responsible for Emergency Measures and Minister Responsible for the Manitoba Lotteries Corporation. His daughter, Niki Ashton, is also a politician and is the New Democratic Party MP for the riding of Churchill.

Vale’s announcement that they are eliminating the surface operation here in Thompson is unacceptable.

Since the 1950’s Thompson has had a fully integrated mining operation.  The development of the refinery and smelter were integral parts of the 1956 agreement that established Thompson.

In good times and in bad times our community and our province have always been there to work with Inco, now Vale. In the process we have developed one of the best mining, smelting and refining operations in the world.

Vale’s announced shut down of the surface operations in Thompson came without any discussion about solutions with key stakeholders or the provincial government. I have never seen a more arrogant and insensitive move.

END_OF_DOCUMENT_TOKEN_TO_BE_REPLACED

Premier Greg Selinger today called on the owners of Vale’s Thompson operations to work with the Province of Manitoba, the City of Thompson and the United Steelworkers union to immediately seek alternative solutions to closing the smelter and refinery in Thompson by 2015.

“This decision comes without due notice or proper consultation with our government and the City of Thompson,” said Selinger.  “Vale’s intended course of action is unacceptable and our government stands firmly with the people of Thompson in saying this job loss will have a significant impact on the community and the province.”

The proposed shutdown of the Thompson smelter and refinery would result in a loss of about 500 jobs or 40 per cent of the current Vale Thompson workforce.

“We have a long and very successful history of supporting the mining industry through initiatives such as training, taxes and geoscience,” said Innovation, Energy and Mining Minister Dave Chomiak.  END_OF_DOCUMENT_TOKEN_TO_BE_REPLACED 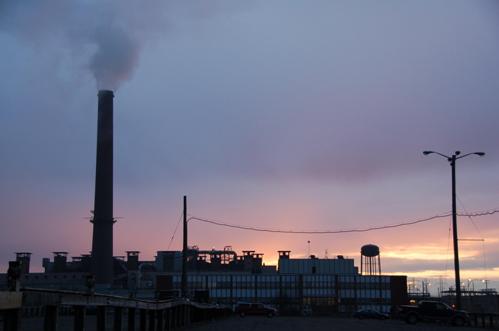 This article was originally published in the Thompson Citizen which was established in June 1960. The Citizen covers the City of Thompson and Nickel Belt Region of Northern Manitoba. The city has a population of about 13,500 residents while the regional population is more than 40,000.

Brazilian mining giant Vale said today it plans to phase out its smelting and refinery operations at Manitoba Operations by 2015, eliminating 500 jobs or a third of its local workforce, and focus on “developing new sources of ore as it transitions its operations to mining and milling….”

Vale dropped Inco from its name May 27 and its global nickel business is simply known now as Vale. It had operated around the world as Vale Inco since Companhia Vale do Rio Doce (CVRD) re-branded itself less than three years ago on Nov. 29, 2007. “Vale” is pronounced (vah-lay) and literally means “valley” in Portuguese.

In a blistering “MLA Report” weekly column filed today at noon that will appear in print in Friday’s Nickel Belt News, Steve Ashton, Thompson NDP MLA and minister of infrastructure and transportation, as well as the minister responsible for emergency measures and the minister charged with the administration of the Manitoba Lotteries Corporation Act, says “Vale’s announcement that they are eliminating the surface operation here in Thompson is unacceptable.”

Ashton is the longest serving MLA in the Manitoba legislature, first elected 29 years ago today in the Nov. 17, 1981 provincial election. He is second in order of cabinet precedence to Premier Greg Selinger. END_OF_DOCUMENT_TOKEN_TO_BE_REPLACED