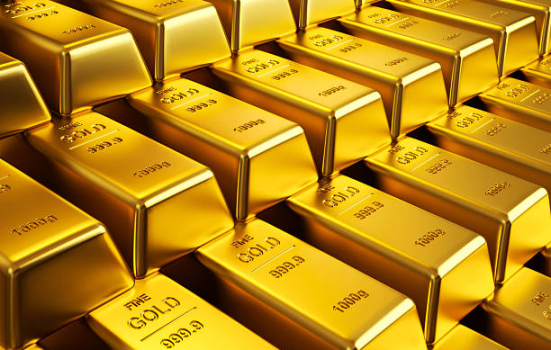 A much shorter version of this article appears in the September, 2011 issue of the Northern Miner’s Mining Markets: A Resource for Investors magazine.

A fever is spreading throughout northern Ontario, from the eastern districts adjacent Quebec to the far reaches of the northwest right up to the Manitoba border. This raging malaise is caused by a metal that has captured mankind’s attention from the dawn of time. I am referring to “gold fever” and many in northern Ontario – a vast northern territory, which is almost equal to Germany, United Kingdon, Greece and Ireland combined – are thoroughly infected or obsessed over this beautiful precious metal.

Historically, Ontario’s gold mining industry has played a major role in the settlement of the province’s northern regions and along with the Cobalt silver boom and further gold and base metal discoveries in northwestern Quebec were primarily responsible for the establishment of Toronto as today’s mine financing capital of the world.

The many gold mines that came into production during the Depression of the 1930s made a vital contribution to keeping the province solvent and with over a century of experience building many underground mines helped solidify Ontario’s hard-rock mining expertise that is well respected globally.

However, northern Ontario’s gold rushes have always seemed to play second-fiddle to the legendary Klondike in the Yukon, aided by famous writers like Jack London, Robert W. Service – of the Cremation of Sam McGee fame – and Canadian literary icon, Pierre Berton. At it’s peak, the Klondike gold rush only lasted for a few years – 1896-99 – and produced a miserly 12.5 million ounces of gold. “Chump change” compared to northern Ontario’s four major gold rushes and a number of smaller gold districts, most of which are still producing the precious metal today.

This column was originally published in the Late Summer, 2011 issue of Highgrader Magazine which is committed to serve the interests of northerners by bringing the issues, concerns and culture of the north to the world through the writings and art of award-winning journalists as well as talented freelance artists, writers and photographers.

The recent annual meeting of Federation of Northern Ontario Municipalities (FONOM) heard a great deal of comment, and concern, expressed about the Ontario government’s love affair with Greater Sudbury and Thunder Bay. Speakers claimed these two cities appear to be favoured when the Liberal government of Dalton McGuinty doles out assistance to the North.

That the two largest centres are special, even privileged, should not have been a surprise to those in attendance.

Maclean’s, the most influential current affairs magazine in Canada, covers national and international politics, business, social issues and culture on a weekly basis. This article was published November 1, 2010.

With the price of gold currently hovering around US$1,300 an ounce—up 45 per cent since early 2009—Ontario’s mining towns are exhibiting the classic symptoms of a boom: inflated house prices, overbooked hotels, frantic construction, labour shortages and a collective sense of optimism after decades in a slump. Across the province’s northern gold belt, defunct mines are being revived and exploration activity has taken an almost frenzied pace, the product of gold being an investment safe haven amid global economic uncertainty and a weak U.S. dollar.

“I’ve been here a long time,” says Brock Greenwell, statistical analyst for Ontario’s Ministry of Northern Development, Mines and Forestry. “And 2010 is looking like a record year for gold exploration. It’s unprecedented.”

There are 12 gold mines operating in Ontario, with four more slated to start production by 2012. And, with exploration expenditures for precious metals—mostly gold—expected to exceed $620 million this year in the province (compared with $389 million in 2009), it’s a safe bet that more mines will follow. “It’s an absolute boom,” says Bill Greenway, economic development officer for the municipality of Red Lake. “There are 40-plus exploration companies here at any given time.” END_OF_DOCUMENT_TOKEN_TO_BE_REPLACED 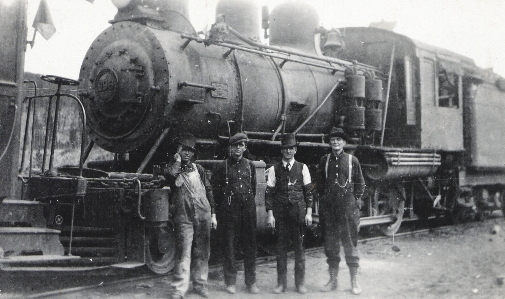 This column was published in the March 17, 2011 issue of Northern Life.

“In the next 25 years, demand for metals could meet or exceed what we have used
since the beginning of the industrial revolution. By way of illustration, China needs to
build three cities larger than Sydney or Toronto every year until 2030 to accommodate
rural to urban growth.” (John McGagh, Rio Tinto – Head of Innovation)

Commodity Super Cycle is Back

The commodity super cycle is back, and with a vengeance. China, India, Brazil, Indonesia and many other developing economies are continuing their rapid pace of industrialization and urbanization. In 2010, China overtook Japan to become the world’s second largest economy and surpassed the United States to become the biggest producer of cars.

During a recent speech in Calgary, Mark Carney, the Governor of the Bank of Canada remarked, “Commodity markets are in the midst of a supercycle. …Rapid urbanization underpins this growth. Since 1990, the number of people living in cities in China and India has risen by nearly 500 million, the equivalent of housing the entire population of Canada 15 times over. …Even though history teaches that all booms are finite, this one could go on for some time.”

John McGagh, head of innovation, at Rio Tinto – the world’s third largest mining company – has said, “In the next 25 years, demand for metals could meet or exceed what we have used since the beginning of the industrial revolution. By way of illustration, China needs to build three cities larger than Sydney or Toronto every year until 2030 to accommodate rural to urban growth. This equates to the largest migration of population from rural to urban living in the history of mankind.”

The isolated Ring of Fire mining camp, located in the James Bay lowlands of Ontario’s far north, is one of the most exciting and possibly the richest new Canadian mineral discovery made in over a generation. It has been compared to both the Sudbury Basin and the Abitibi Greenstone belt, which includes Timmins, Kirkland Lake, Noranda and Val d’Or.

END_OF_DOCUMENT_TOKEN_TO_BE_REPLACED 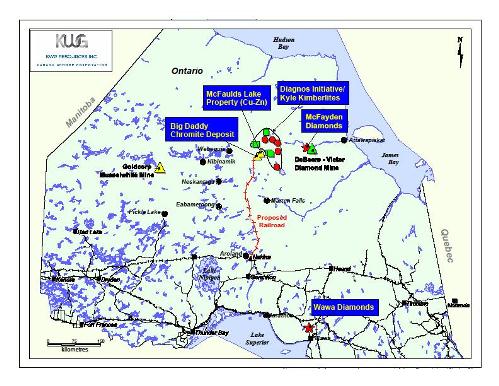 Stan Sudol is a Toronto-based communications consultant who writes extensively about the mining industry. [email protected]

“In the next 25 years, demand for metals could meet or exceed what we have used
since the beginning of the industrial revolution. By way of illustration, China needs to
build three cities larger than Sydney or Toronto every year until 2030 to accommodate
rural to urban growth. This equates to the largest migration of population from rural to
urban living in the history of mankind.” (John McGagh, Rio Tinto – Head of Innovation)

Mining Watch was established in 1999 in response to the actions of Canadian exploration companies operating in Latin America and other jurisdictions in the developing world.

As stated on their website, “MiningWatch Canada … addresses the urgent need for a co-ordinated public interest response to the threats to public health, water and air quality, fish and wildlife habitat and community interests posed by irresponsible mineral policies and practices in Canada and around the world.”

In contrast to many in the mining sector I find a few of Mining Watch’s criticism’s legitimate and they have worked cooperatively with the industry in Ontario. In 2008, Mining Watch in conjunction with the Ontario Mining Association supported the amendment of the Ontario Mining Act that enabled companies to voluntarly rehabilitation mine sites even thought they had no legal requirments to do so.

Recently, Mining Watch has issued a report titled, “Economic analysis of the Ring of Fire chromite mining play”. It was written by former Sudbury resident and well-known social activist Joan Kuyek. While the report covers a wide range of topics, I would like to focus on some important issues that have been downplayed or omitted, primarily the current state of mining, geo-politics and a history of enormous wealth creation from the mineral sector due to government infrastructure support.  END_OF_DOCUMENT_TOKEN_TO_BE_REPLACED

I have a small complaint about Canadian mining history or more importantly, our media coverage of past gold rushes. The Yukon Klondike gold rush of 1896-1899 seems to take all the glory – thanks to writers like Jack London, Robert W. Service and Canadian literary icon, Pierre Berton – while northern Ontario’s four globally significant gold/silver discoveries in the first half of the last century do not get the historical respect they deserve.

The initial Klondike discovery, on August 16, 1896, at a fish camp near the junction of the Yukon and Klondike rivers, is credited to George Carmack and his Tagish Indian brothers-in-law, Skookum Jim Mason and Dawson (Tagish) Charlie. Robert Henderson, a Nova Scotia prospector is credited as a cofounder, since it was on his advice that the discovery was made, however he made no money from the find.

At the height of the rush, Dawson City, the main staging town at the mouth of the Klondike River had a booming population of about 30,000 and was known as the most cosmopolitan city west of Winnipeg and north of Vancouver.  Due to its isolation, all the claims had been staked by the time most people finally arrived. Some of the most memorable photographs from the period show a thin line of thousands of people climbing the legendary Chilkoot Pass – the shortest but most difficult route to the goldfields – bringing the required year’s supply of food and living material.

Fortunes were made and lost in Dawson City’s “rip-roaring” frontier atmosphere where prostitutes were tolerated and nearly everyone was on the lookout for charlatans and con men. Many became rich just supplying services to the stampeders.  In total, about 12.5 million ounces of gold was produced during this short-lived rush that lasted for less than a decade. END_OF_DOCUMENT_TOKEN_TO_BE_REPLACED