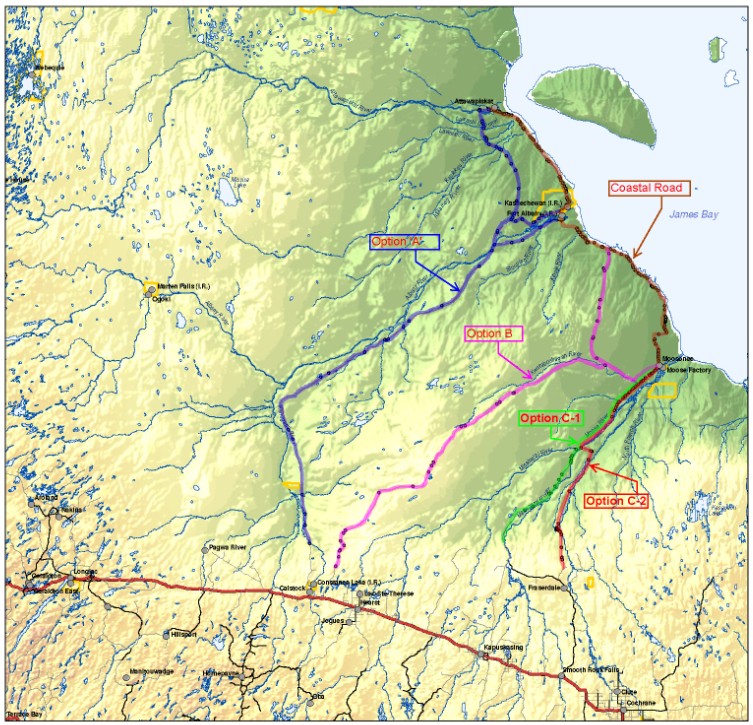 Timmins, ON – On Monday, December 6, 2021, the Government of Ontario, the Mayor of Timmins and Mushkegowuk Council Chiefs issued a joint statement about a meeting that was held last week to discuss the future of responsible development in the James Bay and Hudson Bay coastal regions.

A joint commitment was made to re-establish a Treaty Round Table through a Memorandum of Understanding (MOU) between Ontario and the Mushkegowuk Council. Treaty responsibilities are an important part of reconciliation and will provide a forum to sit down and discuss areas of mutual interest and opportunities. Ministers Rickford and Piccini also committed to exploring an all-season road to western James Bay coastal communities through First Nations-led Environmental Assessment processes. As well, Ontario will explore its potential role in the Mushkegowuk Council’s National Marine Conservation Area project.

Mushkegowuk Council Executive Director Ernest Beck stated: “Friday’s meeting with Ministers Rickford and Piccini represents a tremendous step forward. Our member chiefs, however, are resolute in their collective commitment to protecting our traditional homelands and way of life. We will take Minister Rickford’s and Piccini’s commitments to partnering on several fronts seriously and we will pursue them with all of our available resources.”

Greg Rickford, Minister of Northern Development, Mines, Natural Resources and Forestry, and Minister of Indigenous Affairs stated: “Last week’s meeting with Mushkegowuk Council Chiefs resulted in a positive and constructive dialogue on a number of opportunities. I look forward to working in partnership with the Chiefs in Council and their elected councillors to further shared priorities and produce positive outcomes for First Nations communities.”

David Piccini, Minister of Environment, Conservation and Parks stated: “The Mushkegowuk Council and its member First Nations have shown tremendous leadership in protecting the western James Bay and Hudson Bay coastal and marine ecosystems, and will be strong stewards and partners as we explore Indigenous-led environmental assessment and road access for northern communities. I am so grateful to have had the opportunity to discuss the environmental and cultural significance of precious natural spaces in the north and the role Ontario can play in creating a National Marine Conservation Area and stronger northern economy through responsible resource development.”

Mayor George Pirie stated: “It was an absolute honour for the City of Timmins to host this historic meeting and bring together interested parties committed to furthering resource development and responsible conservation of our coastal regions. Our intent was to provide a forum for collaborative discussion that was sensitive to the traditions of the Mushkegowuk communities. It is our responsibility to help foster these partnerships as part of our agreement with Mushkegowuk, but also as a vested partner in the economic success of our city and region.”