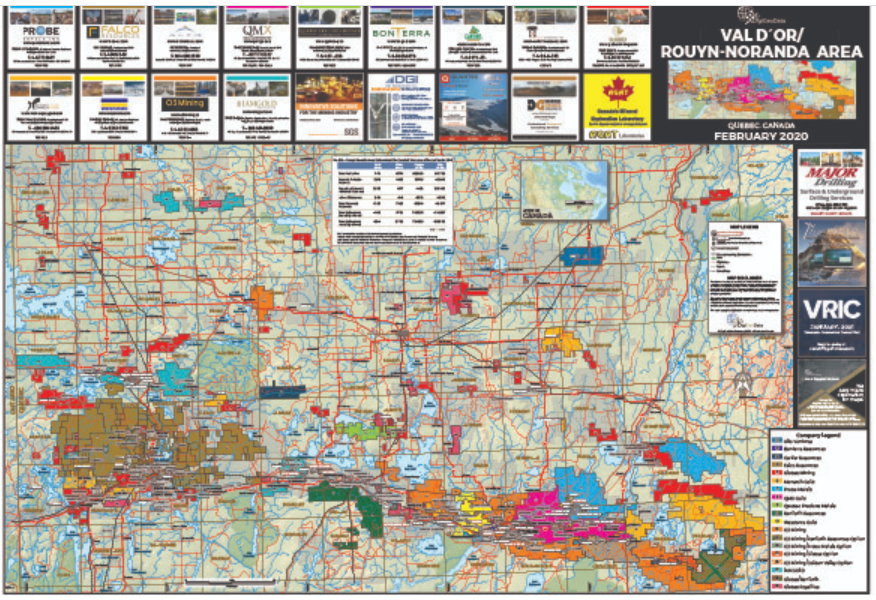 The Abitibi is the largest Archean greenstone belt in the world. It’s roughly 150 km wide and stretches from just west of Timmins in Ontario for about 650 kms. to Chibougamau, Quebec. The Val d’Or/Rouyn-Noranda camp is located in the province of Quebec and has produced 72 million ounces of gold to date (December 2019).

This makes the Val d’Or/Rouyn-Noranda camp the second richest gold mining district in Canada after the Timmins camp in northern Ontario which has produced just over 76 million ounces by the end of 2018.

In addition, there is significant endowments of silver, copper, zinc and lesser quantities of lithium, nickel, cobalt, platinum, palladium and molybdenum.

The area has a long history of metal exploration and mining. The first recorded mining production came from the Stabell mine which produced 100 ounces of gold in 1914. In the latter half of the 1920’s, several mines started production including the O’Brien, Waite-Amulet and Siscoe.

At the end of 2019, there were eight mines producing gold with additional production of silver, copper and zinc. There are an additional 74 deposits with NI 43-101 reserves and resources of various commodities and at stages from resource definition through feasibility. This part of the Abitibi belt has been and remains today one of the most explored areas within Canada.

For the rest of this profile: https://digigeodata.com/val-dor-rouyn-noranda-area-gold-endowment/