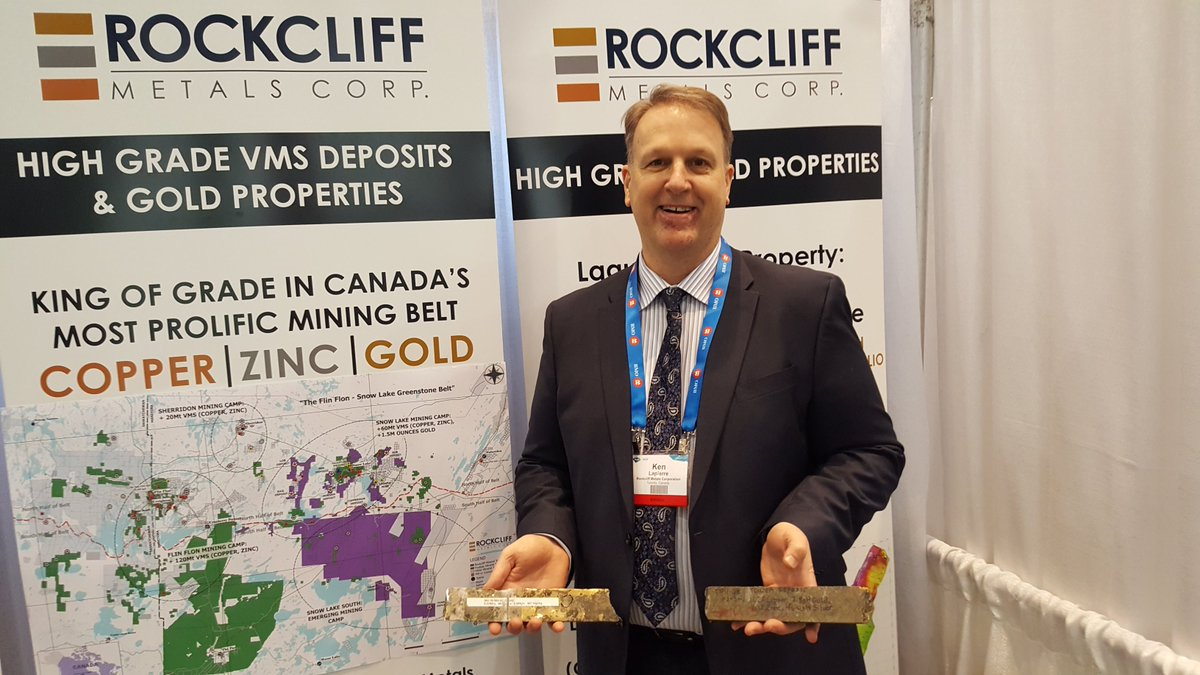 Rockcliff Metal’s founder Ken LaPierre at the 2019 PDAC Mining Convention. A $29 Million financing has turbo-charged junior Rockcliff Metals, which plans to complete over 100,000 metres of exploration drilling over next 18 months. Rockcliff is the 2nd largest landholder in the legendary Flin Flon/Snow Lake greenstone belt in Northern Manitoba after HudBay Minerals. (Photo by Stan Sudol)

It began as a tough year for Rockcliff, and it turned even rougher the week before the PDAC convention, when Kenneth Lapierre, Rockcliff’s president and CEO at the time, slipped on freshly fallen snow when taking out the garbage at home.

Not thinking much about his sore ankle, the six-foot-three-inch, former hockey-playing, karate-practising jock then started shovelling the driveway. Twelve hours later, the swelling and pain in his ankle demanded a trip to the doctor, where he learned that it was broken, and that he had torn all the soft tissue.

For the entire PDAC, Lapierre used a knee walker that resembled a scooter to get around, plus painkillers. To add to his misery, a failed financing with B.C. investors was confirmed during the convention.

One of the few bright spots was that Rockcliff’s former Tower high-grade copper-zinc deposit — which had been sold to merchant bank Norvista Capital for a 1.5% net smelter return royalty — was being investigated for production by the bank’s Akuna subsidiary. Norvista has equity positions in a portfolio of four base and precious metals exploration and development projects in Canada, the U.S. and Mexico.

“The first half of 2018 was turning into one of our toughest periods, ever,” Lapierre says in an interview. “But the Flin Flon–Snow Lake camp has such enormous potential. With a hundred years of mining activity, I believe our strategically consolidated properties in that camp will favourably position our company. There are many more Tower deposits to be found, as well as our promising gold properties — two of which caught the interest of Kinross.”

For the rest of this article: https://www.northernminer.com/news/rockcliff-gears-up-to-drill-in-flin-flon/1003807877/