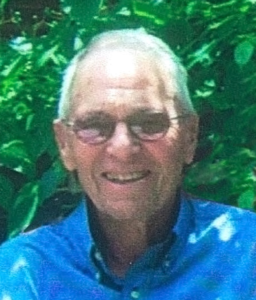 The greatest discoveries are transformative, and Brian Meikle is one of only a few modern-era geologists who achieved this pinnacle of success. In the 1960s, he contributed to the discovery and development of the Camflo gold mine in Quebec, and later was part of a talented team that made it a cornerstone of growth for Barrick Gold (formerly American Barrick). In the early 1980s, he recognized the potential of the Mercur gold mine in Utah, which became a key link in the evolution of Barrick.

Meikle’s crowning achievement was the 1986 Goldstrike discovery in Nevada, which grew to approximately 60 million ounces of gold reserves and resources in several deposits. Goldstrike propelled Barrick into the world’s largest gold miner and generated immense wealth that has flowed back to benefit Canadian companies, shareholders and society.

Born in Montreal, Meikle returned to Canada from California as a post-graduate student. He earned an MSc degree (geology) from McGill University in 1955, followed by his PhD in 1959. He was the recipient of McGill’s Logan Gold Medal in 1958, awarded to the graduating student who stands highest in the First Class Honours list in Geology.

In 1962, Meikle joined Camflo Mines and was instrumental in discoveries that made the mine and the company. He spent 22 years with Camfl o in diverse roles, including mine manager and vicepresident of operations. In 1984, Peter Munk acquired Camflo for American Barrick and also gained a dream technical team to help realize his dream of creating a major gold producer.

Along with Camflo colleague (and fellow CMHF inductee) Robert Smith, Meikle recognized the untapped potential of the Mercur mine in Utah. Barrick bought the mine for US$40 million (less than half its original cost) and overcame its technical challenges, notably low recoveries from processing refractory sulphides. Mercur produced 2.5 million ounces of gold from 1985 to 1995.

Meikle also led the geological team that evaluated the Goldstrike property in Nevada, which at the time was producing 40,000 ounces of gold per year as a heap-leach operation. He voiced a hunch that the shallow oxide mineralization at Goldstrike was the surface expression of a much bigger, deeper system. In 1986, Barrick bought the property for US$68 million and was chastised for paying this exorbitant price.

Meikle’s hunch was confirmed when the first deep hole below the Post deposit intersected 391 feet of high-grade gold, followed by a hole that returned 620 feet averaging 0.3 ounce gold per ton. Subsequent exploration supervised by Meikle revealed that Post was part of a much larger deposit known as Betze-Post. In 1989, a totally blind discovery was made a mile north of Betze-Post and later developed into the aptly named Meikle mine.

Goldstrike was not without challenges as the deep sulphide mineralization was refractory and not amenable to flotation. Meikle recognized the metallurgical synergies between Goldstrike and Mercur, which then was one of only two North American mines with autoclave technology that could process refractory ores. Armed with this in-house expertise, Barrick invested US$400 million to build a mining and milling complex with autoclaves and began operations in 1987.

Goldstrike’s gold reserves and resources grew to approximately 60 million ounces, including past production. After-tax profits from the mine have fl owed back to Canadian companies, royalty holders, and their shareholders since 1987, including significant sums donated to Canadian hospitals, universities and other institutions that benefit Canadian society.