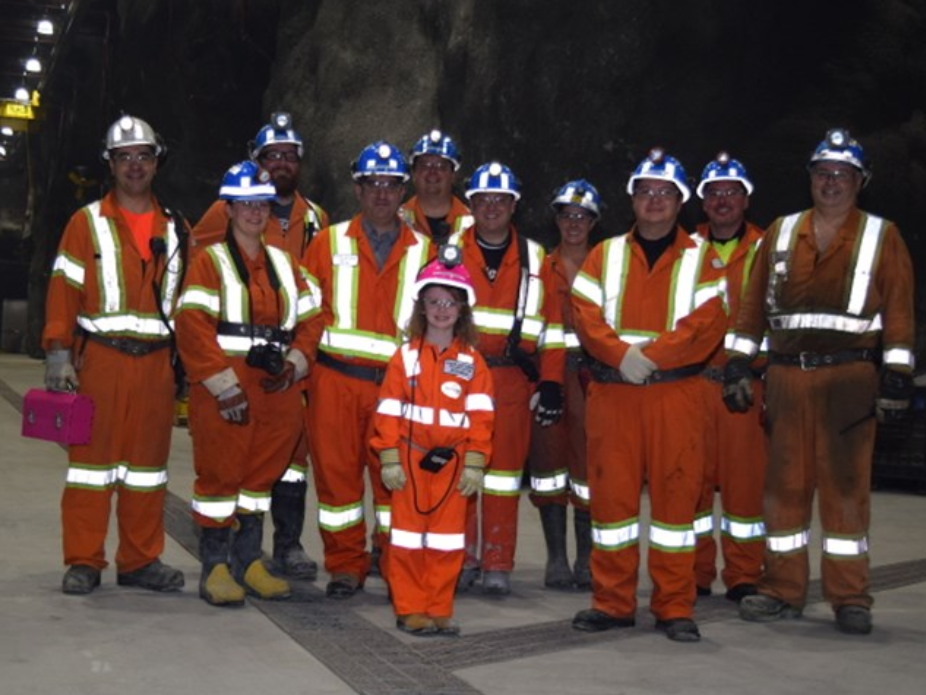 At Goldcorp’s Porcupine Gold Mines in Timmins, it is company practice to call out “fire in the hole” in the 90 seconds before a blast is detonated. But last week the mine manager allowed an exception to the rule for eight-year-old Aliesha, whose enthusiastic cry of “dynamite!” went out over the radio at the Hollinger open-pit mine in the seconds before the blast went off.

Aliesha visited Hollinger, Dome and Hoyle Pond in Timmins last week thanks to the Toronto and Central Ontario Make-A-Wish Foundation. The foundation asked her for three wishes, and her first pick was to visit a mine.

“That’s the one thing everyone’s blown away by,” said her father Dave. The family’s surname is not being published for reasons of privacy. “It’s been a little over three years now that she’s been fully obsessed with mining. The school projects that she does, somehow she makes them revolve around mining.”

Dave said Aliesha is fascinated by science and loves collecting shiny rocks, and has a toy at home that allows her to grow her own crystals. Aliesha was diagnosed at age four with epilepsy and suffers from regular seizures. She regularly goes to the Hospital for Sick Children in Toronto for check-in appointments. She also has a severe apraxia of speech, and uses a portable speech device to help her talk.

Mining company Sherritt International sponsored Aliesha’s wish, and Goldcorp was asked to be the wish grantor – making it the first time a mining company has ever granted a wish for the foundation.

For the rest of this article: http://magazine.cim.org/en/news/2018/eight-year-old-becomes-miner-for-a-day-at-goldcorp-porcupine-mines/