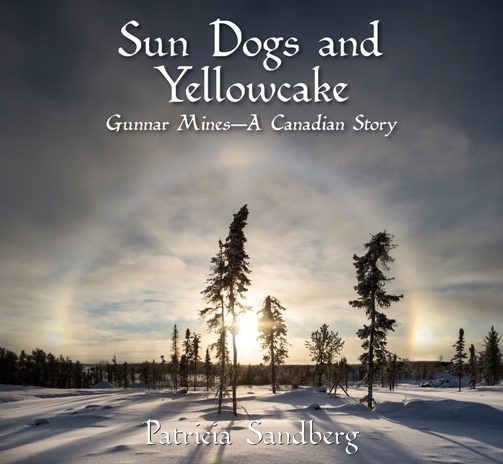 In the 1950s, the Cold War had a profound effect on Canada’s landscape – from the building of Distant Early Warning stations scattered across Canada’s North to the creation of uranium mining towns on the Canadian Shield. One of these towns, Gunnar, lasted for just over a decade, but its indelible impact on its residents, as Patricia Sandberg writes in Sun Dogs and Yellowcake.

The result is a very rich, often humorous, sometimes tragic and always engaging account of how one community rose to meet the demands of the Atomic Age. As the title suggests, it bridges the natural wonders of the North with those of the industrial world. 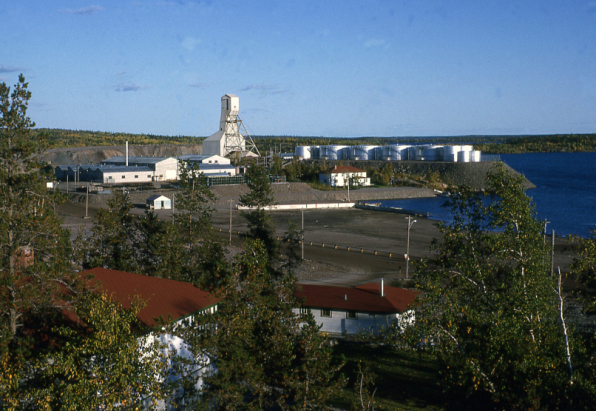 Sandberg opens with a brief history of uranium – its uses and prospects – and weaves in the stories of mining magnates Gilbert and Charles LaBine, gold hunters and mine builders from Ontario. Their company, Gunnar Gold Mines Limited, eventually finds a rich uranium orebody on the shores of Lake Athabasca in Saskatchewan.

The resulting town and mine site quickly become the setting for an influx of job-seekers from Alberta and beyond as well as immigrants from post-war Europe as they move into an area previously occupied only by local First Nations and Métis. Sandberg deftly narrates their stories, illustrated with photographs, as she leads the reader through the mines, the townsite and its surroundings.

We experience the isolation of life on the Crackingstone Peninsula, the freedom and adventure enjoyed by the children, and the camaraderie of the bunkhouse dwellers (not to mention the pranks that ensue). 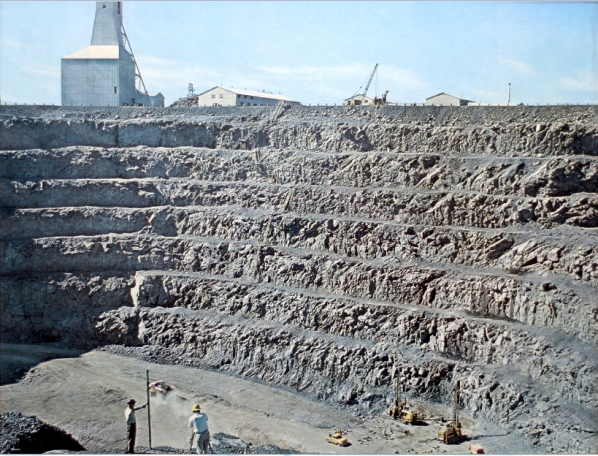 Sandberg could have ended the story with the departure of families by the company’s DC-3 airplane as it headed south at the end of the townsite’s life. However, her aim is to have closure, and she thoughtfully discusses the reclamation of the mine site and the site remediation that continues to this day. She closes, though, with memories of Gunnar’s residents. The history of Gunnar has been captured eloquently through this glimpse into a remote town.

Sun Dogs and Yellowcake has been well received since it was published in 2016, winning two awards in 2017: the “History: General” category at the International Book Awards and the Bronze Award in the “Canada-West – Best Regional Non-Fiction” category at the Independent Publisher Awards.

It was also shortlisted for the Canadian Authors Fred Kerner award, and was a finalist for the Whistler Independent Book Awards.