January 12, 2018 in Canadian Mining Hall of Fame, Gold and Silver 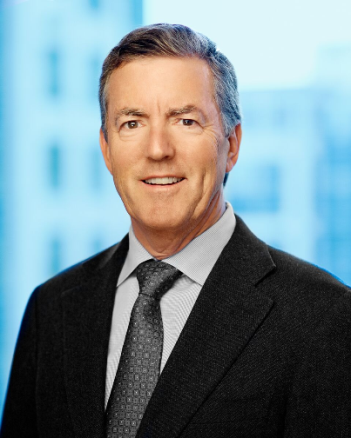 The career achievements of Ross Beaty are as multi-dimensional as the man and the companies he founded and led over almost four decades. He is first and foremost a geologist with a passion for exploration and a discerning eye for projects with economic potential.

He is one of Canada’s most successful mining entrepreneurs, with 13 of his companies creating an estimated $6 billion of shareholder value since 1994. He built his flagship, Pan American Silver, into one of the world’s largest silver producers with seven mines in Latin America.

Beaty is also one of the most influential people in the global mining industry for his pragmatic support of  environmental causes, ability to build bridges with civil society, and remarkable legacy of philanthropy.

Beaty built his namesake contract geology company and a team of 30 geologists before launching Equinox Resources as his first junior company in 1985. He developed three mines before selling Equinox to Hecla Mining in 1994, then founded, developed and sold eight other juniors into the new century. These included Lumina Copper, which he split into six companies and sold in a series of transactions that generated nearly $2 billion of shareholder value.

Beaty founded Pan American in 1994, based on his belief that silver would be an essential metal of the future and continue to attract investor interest. He kept the faith during the downturn of the late 1990s, assembled mines and deposits at low prices and unlocked their value as markets and metal prices improved.

Pan American grew to become the second largest primary silver producer in the world, with seven mines, 6,500 employees, and a current market value of $3.3 billion.

An ardent environmentalist, Beaty started a geothermal power company in 2008 that merged to form Alterra Power in 2011. Alterra operates nine geothermal, wind, solar and hydro-electricity plants in Canada, Iceland and the USA. He also established the Sitka Foundation, which distributes $3.5 million annually to support more than 72 environmental rganizations.

He helped conserve the Britannia Mine Museum and was a major donor to UBC, which led to the creation of the Beaty Biodiversity Museum, the UBC Earth Sciences Building, and the Pacific Museum of the Earth. In 2017, Beaty and his wife Trisha donated $4 million to the Canadian Museum of Nature in Ottawa, and $5 million to Queen’s University to support research into freshwater resources.

Beaty’s achievements and philanthropy have been recognized by the mining industry and other segments of society. Among other awards, he was presented the Viola MacMillan Award by PDAC in 2010, and received the CIM Vale Medal in 2014. In 2017, Beaty was inducted to the British Columbia Business Hall of Fame and appointed to The Order of Canada.