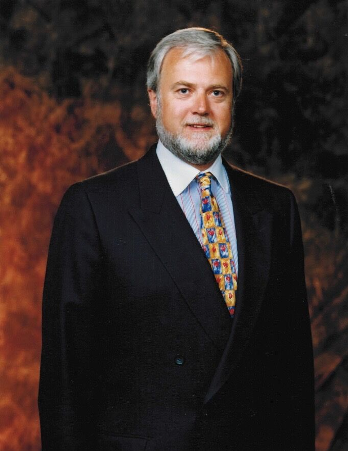 Robert (Bob) Gannicott was a pioneer of Arctic mineral exploration and a visionary entrepreneur who helped unlock the downstream value of Canada’s fledgling diamond industry. He played a pivotal role in the discovery and development of the Diavik mine in the Northwest Territories (NWT) for Aber Diamond Corporation in the 1990s, and led Aber’s later acquisition of luxury jeweller Harry Winston to help promote the exceptional quality of Canadian gem diamonds.

With Gannicott as Chairman and CEO, Aber evolved into Harry Winston Diamond Corporation in 2007, and became Dominion Diamond Corporation in 2013. In a bold move in 2013, Gannicott sold the retail division of Harry Winston to acquire an 80% interest in the Ekati mine, which combined with 40% of Diavik transformed Dominion into Canada’s largest independent diamond producer.

It was the first time a Canadian company owned a majority share of a Canadian diamond mine, along with value-added sorting and marketing operations in Canada, Belgium and India. Born and raised in England, Gannicott immigrated to Canada in 1967, and found his first job at a gold mine in Yellowknife. His career compass continued to point north after he graduated with a bachelor’s degree in geology from the University of Ottawa in 1975.

He joined Cominco as an exploration geologist working mostly in the High Arctic, for example at the Black Angel lead-zinc mine in Greenland. In 1986, he formed Platinova, which discovered the Skaergaard copper- gold and Citronen Fjord base metal deposits in northern Greenland. The latter has been described as one of the world’s largest undeveloped zinc-lead resources.

Gannicott’s Arctic experience helped pave the way for his entry into diamond exploration. He and a group of colleagues formed a private company, West Viking Exploration. It merged with Aber Resources after staking and exploring ground near the first kimberlite diamond discovery made by Dia Met Minerals in 1991. Aber’s subsequent Diavik discovery attracted Rio Tinto as an operating partner, leaving Aber with a 40% interest. Gannicott is credited with ensuring Aber’s survival and subsequent evolution into Dominion Diamonds.

Gannicott’s vision to acquire Harry Winston put Canada on the world stage as a producer of both luxury-branded goods and rough diamonds and earned him the reputation as “Canada’s First Diamantaire.” His partial consolidation of NWT diamond production from Ekati and Diavik formed the base for Canada to become the world’s third largest producer of rough diamonds by value.

Gannicott helped ensure the integrity of the new industry by chairing a commission to develop guidelines for the reporting of diamond exploration results, since adopted as best practices by the Ontario Securities Commission and the Canadian Institute of Mining and Metallurgy (CIM).

He was a strong advocate for the people and communities of the Far North and early in his career created a namesake foundation with the sole purpose of helping the indigenous people of the NWT. Gannicott received the CIM Vale Medal in 2005 and Members Award in 2007 for his role in building and sustaining Canada’s diamond industry. He was a co-recipient of AME BC’s Hugo Dummett Award for excellence in diamond exploration
and development in 2013.