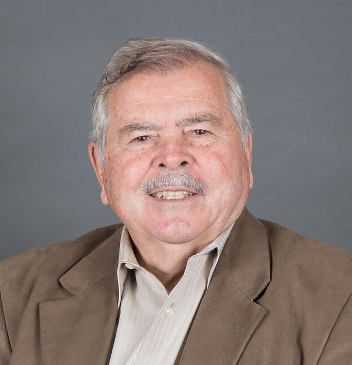 For more than half a century, Edward Thompson has contributed to the progress and prestige of the Canadian mining industry as an explorer, mine developer, company builder, and dedicated supporter of industry causes and associations.

He contributed to the growth of Teck Resources and Lacana Mining (since absorbed by Barrick Gold) and served on the boards of 50 junior companies. In recent years he helped develop an iron ore mine in Quebec, and championed discoveries in Ontario’s “Ring of Fire.”

He also played a leadership role in the expansion of the Prospectors and Developers Association of Canada (PDAC) into a globally respected institution and was a founding member of the Canadian Mining Hall of Fame.

Thompson was born in Utterson, Ontario, and graduated from the University of Toronto with an Engineering Geology degree in 1959 and a Master’s degree in Economic Geology in 1960. He then joined the Keevil Mining Group, where he was involved in the early use of geophysical and geochemical surveys and of computers to evaluate mining projects.

He spent 10 fruitful years exploring and acquiring projects that later became part of Teck, such as Highmont in B.C’s Highland Valley, the Tribag copper mine in Ontario, and the Niobec mine in Quebec.

Thompson’s years with Lacana were no less fruitful, with a dozen mines ultimately placed in production, including six mines in Mexico, and the Pinson, Dee, Preble, Marigold, Relief Canyon and Santa Fe mines in Nevada. He was part of the team that implemented heap leaching, an innovation that made it possible to mine previously uneconomic low-grade gold deposits.

Lacana was acquired by Corona, which became part of Barrick through subsequent mergers. In 1986 Thompson was selected by then Premier, David Peterson, to chair a committee on the state of the mineral industry in Ontario and to make recommendations for its improvement.

Thompson was an advisor to First Exploration Funds, a flowthrough share fund that raised more than $100 million for Canadian exploration in the 1980s. He was a valued board member for dozens of juniors, including Granduc Mines, which participated in high-grade gold discoveries at Brucejack Lake in B.C. during the mid-1980s. The project was recently placed into production by Pretium Resources.

Thompson joined the board of Freewest Resources in 1981, and later helped it develop the Harker Holloway gold mine in Ontario. In 2009, Freewest made a chromite discovery in the “Ring of Fire” region of northern Ontario, and soon became a takeover target. After a sixmonth takeover battle skilfully managed by Thompson, Cliff Natural Resources beat out rival Noront Resources and acquired Freewest’s discovery for $239 million in 2010.

Thompson also managed and kept Consolidated Thompson Lundmark Gold Mines alive for 15 years while it financed and developed an iron ore mine in Quebec. The Bloom Lake mine began production in 2009 and was acquired by Cliffs Canada for $4.9 billion in 2011.

As a board member and former president, Thompson has contributed to the success of PDAC, its convention and awards programs, and the PDAC Mining Matters youth education initiative. He also has supported many charities, notably the Princess Margaret Hospital and the Canadian Red Cross.