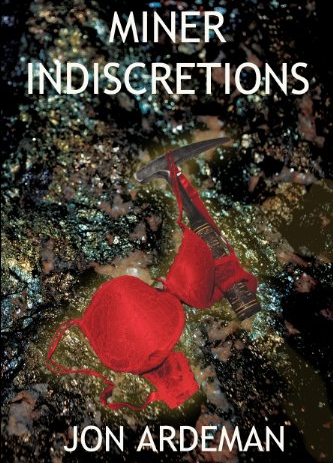 Timothy continued working his way through the Geological Survey’s publications. He ploughed on through his lunch hour making notes and photocopies of the various papers and plans. His plan was now filled with small symbols and question marks and annotated with cryptic comments ‘check this’ ‘siltstone here?’ ‘What?’ ‘Sample dump’ and so on. The map was beginning to look overworked and dog-eared.

It was complex and completely unintelligible to anyone but himself; a real professional-looking job. He would only need to splash on a bit of mud and it would be like a field geologist’s map. Timothy stood up and stretched. His back ached from bending over the plans. That would do for now. He saw Dr. Ncobe coming into the library.

“Finished for today?” Dr Ncobe asked. “Have you time to look at some of the survey’s mineral collection?” Timothy agreed; it would make a pleasant change to see some rock instead of reading about them. During the tour they talked about Timothy’s exploration plans. It turned out that at that at one time Dr. Ncobe had also been interested in the viability of small mines.

“The trouble was, I was working for a major mining house. They wanted prospects with a twenty year life span, 200,000 tons of ore per month employing thousands of people. With their huge head office costs and infrastructure, they couldn’t commit themselves to ten small mines like yours.”

Timothy could quite see why no major mining concern would take on Yellow Snake Mine, but for very different reasons. Timothy agreed. “But it leaves room for the little guy, I suppose.”

“Yes, but the problem is, the little guy can’t raise the funds and the country’s resources go begging. I’m most hopeful that you have some success. It is small mines like yours that provide employment in rural communities that would otherwise wither away. Can I offer you some tea?”

On the way back to his office, Dr. Ncobe stopped at the vending machine. He assaulted, bullied and abused the machine in four African languages before they obtained the drinks they wanted.

“How’s your tea?” enquired Dr. Ncobe as they sat down in his office. Timothy poked at the little islands of milk powder floating in the tea with a plastic spatula. “I’m sure it will be just fine,” he said. “Mr. Fewel, I believe you have the makings of an excellent exploration geologist,” said Dr. Ncobe “Why do you say that?”

“Because you have managed to say something positive about this tea; a drink that is in truth, execrable. This is a trait I’ve observed in exploration geologists. No matter how awful the prospect, it’s never so bad that they can’t find some good in it.”

Timothy thought he could do with some useful tips regarding duff prospects. “How do you mean?”
Dr. Ncobe smiled: “Let us imagine for one moment that the tea you’re holding is an exploration target. We start off with the promise, ‘I’m sure it will be just fine.’

The geologist reads up about tea and where it is found. He identifies a typical setting for a drink of tea. It is in a cup. ‘Yes’, he tells his venture partners, ‘the prospect is definitely in the right environment’, he has identified it as cup-shaped. Photographs are taken and it’s about the right shade of colour for tea. Now the exploration starts in earnest.

Geophysicists measure the tea’s temperature – yes, it is in the right temperature range. They shake it a little to see the seismic effects, and yes – the wave pattern is exactly the same as for normal tea. Now the excitement really starts to mount! The geochemists are called in and it is announced that the basic chemistry is right for tea, lots of water, some glucose, fats from milk, and so on.

Each step is scientifically undertaken and factually correct. All the signs point to this being a really excellent cup of tea. So the company and their shareholders pile in with more funding and after a suitable period they get their first taste. And in many instances, I suspect, it’s just like the stuff you are holding, perfectly ghastly. Or as we economic geologists prefer to call it; a complete crock of shit!”