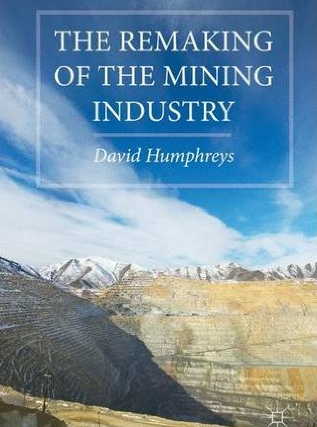 China Changes Everything: China and the rest of the emerging world

China’s rapid industrialisation in the first decade of the twenty-first century fitted into a broader narrative about how the balance of the global economy was shifting towards emerging market economies.

Strong growth in China and in other emerging economies over many years meant that the historical dominance of the global economy by the advanced Western economies was being eroded. As Figure 2.4 illustrates, through the 1980s and 1990s, global growth was still largely dominated by the advanced economies. In the 2000s, growth rates (based on PPPs) moved higher and growth was dominated by the emerging economies. According to the IMF, the emerging markets’ share of global GDP, which was 37 per cent in 2000, crossed the 50 per cent mark in 2013.

A landmark study by economists at the US investment Goldman Sachs in 2003 helped both to dramatise and popularise this transition.8 The focus of the study was on four emerging market economies – Brazil, Russia, India and China – which Goldman Sachs christened the ‘BRICs’.

Using a simple economic model employing working population, capital stock and technical change (estimated by assuming that productivity in emerging economies gradually converges on that of advanced economies), the Goldman Sachs team forecast that by the year 2025 the BRIC countries would have a combined GDP half that of the G6 (the United States, Japan, Germany, France, Italy and the United Kingdom) and that by 2040 its combined GDP would exceed that of the G6. At the time the report was written, the proportion was just 13 per cent. (Note that the GDP data used in this study were based on prevailing exchange rates, not PPPs.)

The transition described by this analysis was in part underpinned by the ongoing globalisation of industrial supply chains. Notwithstanding the convergence of emerging and advanced economies, most of the world’s disposable income continued to reside in the more advanced economies, the United States, Western Europe and Japan. These economies were generally keen to retain control of the financing, design, and marketing of the products sold in their markets.

But with respect to the manufacturing of these products, they were increasingly taking advantage of the lower labour costs offered by emerging economies. Some service sector activities, such as back office services and software development, were also being moved offshore. With the migration of manufacturing, the consumption of mineral raw materials was also migrating. Already, by 2000, emerging economies were consuming over 50 per cent of the world’s steel.

In light of these trends and of the forecasts that the shift in economic power towards the emerging economies had a long way still to run, analysts began to speculate that something of major long-term significance was taking place in commodity markets. Not only were emerging economies growing faster than the advanced economies but, reflecting their stage of industrial development, their growth was more material intensive.

Accordingly, some began to hypothesise that the world stood on the threshold of a multi-decade period of material intensive growth, allowing the mining industry decisively to put behind it the painful experiences of the 1980s and 1990s. Thus was born the notion of a commodities ‘super cycle’. This is discussed in more detail in Chapter 4.

Although the growing importance of emerging economies was broadly based, from the perspective of raw materials demand the story was essentially about China. In absolute terms, China’s economy was bigger than the other three BRIC economies put together. Moreover, among the BRICs countries, the importance of Brazil and Russia arose more from their role as raw materials’ producers rather than consumers. Their consumption of mineral raw materials was a small fraction of that of China.

India, although projected by Goldman Sachs to outpace all the other BRICs countries in the later years covered by their study because of its supportive demographics, was following a markedly different growth model to China, and its consumption of mineral commodities was only some 10–15 per cent that of China’s. Certainly, there was the potential for India, and indeed for other populous emerging economies such as Indonesia, Mexico, Turkey and Nigeria, to see a sharp increase in their use of mineral raw materials in the course of time but, for the moment, China was overwhelmingly the dominant player.

Impact of the Global Financial Crisis

Wenzhou, in the south-eastern province of Zhejiang, is symbolic of China’s economic revolution. Its spirit of enterprise (it was the crucible of China’s private sector in the early 1980s), combined with its coastal location and supply of low-cost labour, led to the creation of numerous successful export-oriented companies. In a city of a little over nine million people, there are estimated to be around 450,000 businesses.

These produce most of the world spectacles and cigarette lighters and are also famous for shoes and electrical goods. In the immediate aftermath of the 2008 GFC, Wenzhou initially bore up better than most other Chinese cities. However, as time passed, cracks began to appear. Softening export markets and rising costs began to depress sales and cut into profit margins. Attention among Wenzhou’s entrepreneurs began to shift to the use of cheap credit to speculate in financial markets and in property. Stories began to emerge of dozens of factory owners absconding, leaving workers unpaid and mountains of debt.

In view of the city’s symbolic significance, in October 2011, Premier Wen visited the city to inform himself personally about what was going on and to pledge government support for struggling businesses. Although Wenzhou subsequently recovered its poise, its days of high-energy, breakneck growth, based on extreme business risk and mass immigration, appeared to be over.9 Its experience serves as a microcosm of what went on in China during these years.

The financial crisis into which the world was plunged in the second half of 2008 following the collapse of Lehman Brothers posed a major challenge for China and badly shook confidence in the market for commodities. The credit binge in the advanced economies, which had fuelled their consumption-led growth and provided a booming market for China’s exports, came to an abrupt end.
Global GDP shrank for the first time in the post–World War II era. China’s exports fell by a third between the second half of 2008 and the first half of 2009. Early in 2009, it was reported that some 20 million workers had been laid off in China. Commodity prices dropped like a stone. The copper price, which had stood at an average of $8684/tonne ($3.94/lb) in April 2008, had fallen to $3071/tonne ($1.39/lb) by December.

Zimbabwe’s Mugabe says government will take over all diamond operations (Reuters U.S. – March 4, 2016)
Premiers ready to work with Trudeau on climate, but wary of carbon tax – by Ian Bailey and Shawn McCarthy (Globe and Mail – March 4, 2016)