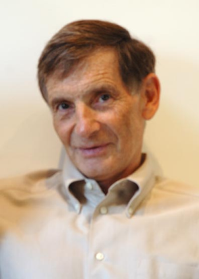 Few events in mining history have generated as much excitement or public attention as the Lac de Gras diamond discoveries in Canada’s North during the early 1990s. Stewart (Stu) Blusson was an intellectual catalyst for this transformative event, which led to the development of Ekati, Canada’s first diamond mine, and other significant discoveries.

Along with fellow Canadian Mining Hall of Fame inductees Charles Fipke and Hugo Dummett, Blusson advanced the science of diamond exploration and laid the foundation for Canada to become the world’s third-largest producer (by value) of high-quality diamonds. Blusson also contributed to science and society as one of the most generous and farsighted philanthropists in Canadian history.

Born in Vancouver, Blusson earned a BSc degree from the University of British Columbia (UBC) in 1960, and a doctorate in geology at the University of California, Berkley, in 1964. He spent the next 16 years with the Geological Survey of Canada (GSC), leading regional mapping and research programs in the Yukon and Northwest Territories. In 1981, he left the GSC to explore for diamonds, ignoring conventional wisdom that such efforts often failed.

In the stream-deficient Slave craton, Blusson focused on mounds of sand and gravel caused by subglacial rivers called “eskers,” and rebuilt sample sites where esker stream tributaries came together, and where modern beaches gave access to small float planes and concentrated heavy minerals in meltwater sands a second time. He reasoned that if diamond indicator minerals were not found in a sizable esker catchment area, crews could proceed to a similar target many miles away. By using these methods, Blusson and Fipke sampled 850 km from the Mackenzie Valley eastward to Lac de Gras.

In 1985, Fipke sampled one of Blusson’s designated targets, but the contents weren’t processed until 1988, because of a lack of funds. The key sample yielded more than 10,000 diamond indicator grains, with large quantities of G10 garnets and two diamonds. The partners took their exciting results to Dummett, a BHP Minerals executive and former manager of the Falconbridge/Superior Oil diamond hunt.

BHP developed the Ekati mine, which officially opened in 1998. In 2013, Dominion Diamond Corp. acquired BHP’s 88.9% interest in Ekati and 65.3% interest in the Buffer zone surrounding the mine. Blusson holds an 11.1% stake in Ekati, while his public company Archon Minerals holds 34.7% of the Buffer zone.

Blusson was appointed as an officer of the Order of Canada in 2004. He was also awarded the Logan Medal, the Geological Association of Canada’s highest honour, and the Queen Elizabeth II Diamond Jubilee Medal.