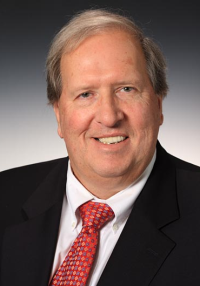 Louis Gignac contributed to the stature of Canada’s mining industry during his exemplary career as a company builder, mine operator and developer, and advocate of the industry’s best practices. He is known for building Quebec-based Cambior into an intermediate gold producer and mentoring a new generation of mining talent. Louis Gignac has developed and operated more than 20 domestic and international mines since the 1980s, and applies his expertise to mine development projects managed by his independent consulting firm, G Mining Services Inc.

In 1986, Gignac was appointed CEO of Cambior with a mandate to privatize mining assets held by SOQUEM, a Quebec government corporation. He led Cambior through a $157.5-million initial public offering and the acquisition of SOQUEM’s mining assets.

Next, Gignac focused on building an operating company. The 1987 acquisitions of Aiguebelle Resources and Sullivan Mines marked the start of a journey that saw Cambior’s gold production grow from 52,000 oz. to 694,100 oz. in 2004. Cambior produced 9.2 million oz. gold over 20 years period while reliably making niobium for the steel industry.

In 1992, Cambior developed the Omai mine in Guyana, a partnership with Golden Star Resources. Omai became one of South America’s largest gold mines, with 3.8 million oz. produced in 12 years. In 1995, a tailings spill forced Omai’s closure. Gignac flew to the site to implement corrective measures that helped Omai reopen with a tailings pond half a year later. His competence and accountability during this time helped Cambior keep its reputation as a reliable and responsible operator.

In 1999, Cambior came under pressure caused by declining gold prices and the inability to renew forward sales commitments. In response, Gignac sold base metal assets, restructured its balance sheet and refocused its operating plan. Cambior pushed ahead with building the $100-million Rosebel gold mine in Suriname in late 2002, and initiated commercial production 15 months later. Rosebel has produced 3.9 million oz. gold.

After 20 years, Cambior merged with Iamgold in 2006. The transaction valued Cambior at US$1.3 billion, and the merged entity at US$3 billion.

Louis Gignac has been a teacher and a mentor throughout his career. He is committed to give learning opportunities to individuals through job challenges. Many former Cambior employees pursued careers in senior positions in Canada and internationally, in a testament to Gignac’s ability to develop minds, as well as mines.

Among other honours, Louis Gignac received the Viola MacMillan Award for Mine Development in 1992, was named The Northern Miner’s “Mining Man of the Year” in 1994 and received a Doctorate Honoris Causa from the Université de Montréal in 1998.