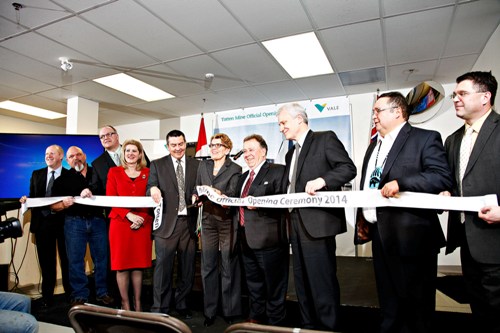 Canada NewsWire – SUDBURY, ON, Feb. 21, 2014 /CNW/ – Vale celebrated the official opening of Totten Mine today in a ceremony with the Honourable Kathleen Wynne, Premier of Ontario, the Honourable Michael Gravelle, Minister of Northern Development & Mines, members of the Sagamok Anishnawbek First Nation and many other community leaders.

“Totten Mine is Vale’s first new mine in the Sudbury Basin in more than 40 years and represents a significant investment in the future of our operations in Ontario and across Canada,” said Peter Poppinga, President & Chief Executive Officer of Vale Canada and Vale’s Executive Director of Base Metals and Information Technology.

“The opening of Totten Mine reinforces the strong confidence we have in our world-class base metals assets to deliver sizeable value through all commodity cycles. Vale is committed to its future in Canada and across base metals and we are pleased to be able to celebrate this historic milestone for our company and the Greater Sudbury community.”

Premier Wynne spoke about the significance of the mine’s official opening. She also cut the ceremonial ribbon along with Minister Gravelle, and toured Totten’s state-of-the-art control room.

“Totten Mine is so important to the prosperity of Northern Ontario,” said Premier Wynne. “It will create good jobs and help foster economic growth in the region and beyond. I want to thank Vale for strengthening Ontario’s position as a global mining power, while respecting our environment and local communities.”

With a budget of more than US$700 million, the development of Totten Mine took seven years to complete. Approximately 500 people were employed at the site during peak development periods. The safety record of the mine during construction was exemplary, achieving over 1 million person-hours without a lost time injury. 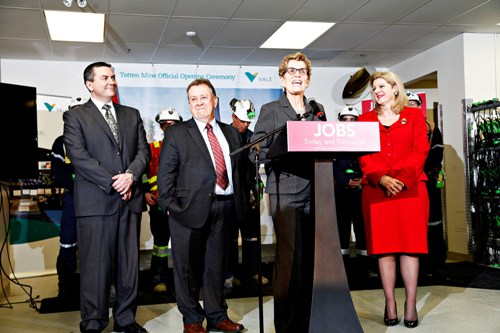 Located in Worthington (approximately 40 km west of Copper Cliff), the mine is now in operation and will employ approximately 200 people. It will produce copper, nickel and precious metals over the next 20 years.

“There is no question that Ontario is a world leader in mining, and with incredible partners like Vale who invest in our province and our people, our reputation can only grow stronger,” said Minister Gravelle. “When a new mine opens, it has an immensely positive impact on the regional economy and every community surrounding it shares in the benefits. Congratulations to everyone involved in this historic opening.”

Totten Mine features the latest in mine technology and safety automation, including a wireless underground communication system and location tracking on mechanical and personal protective equipment. It has also incorporated industry-leading environmental features in its design to minimize its operating footprint and impacts on the surrounding area. 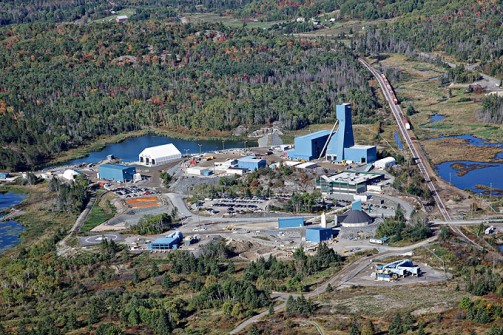 Another key distinction of Totten Mine is the relationship Vale has with the Sagamok Anishnawbek First Nation. Vale signed an Impact Benefits Agreement with Sagamok in 2012 and is committed to sharing the mine’s economic benefits.

“Totten Mine represents the future of mining for Vale’s Sudbury operations,” said Kelly Strong, Vice-President of Ontario & UK Operations, Vale. “It’s an extraordinary facility built by a dedicated team of mining professionals and represents an accomplishment our company and community can be very proud of.”

Vale Canada Limited is one of Canada’s largest mining companies, with operations in Sudbury, Ontario; Thompson, Manitoba; and Voisey’s Bay and Long Harbour, Newfoundland and Labrador. The Vale Base Metals division, with its headquarters in Toronto, is the world’s second largest nickel producer and a leading producer of copper, platinum group metals and cobalt.