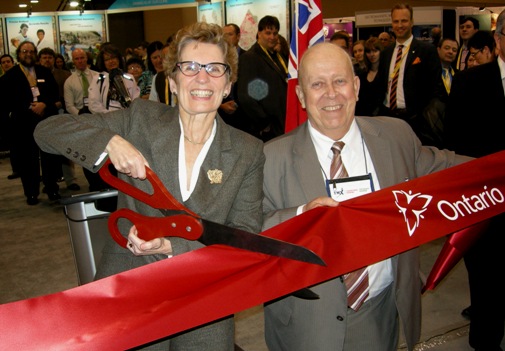 The economic development opportunity in the Ring of Fire region is vitally important to Northern Ontario and First Nations communities. I am writing to update you on Ontario’s progress in advancing smart, sustainable, collaborative development in the region, and to solicit greater involvement by your government.

Today, Ontario announced it is leading the creation of a new development corporation that would bring together private and public partners, including First Nations, mining companies, and both of our governments. The corporation would develop, construct, finance, operate and maintain the infrastructure that supports access to strategic resources in the Ring of Fire region.

The national significance of the Ring of Fire has been recognized by your government on several occasions. In September, the Honourable Greg Rickford, your government’s lead Minister for the Ring of Fire, said in reference to development of the region: “Our Government recognizes the important role the mining sector plays in creating jobs, attracting investment and strengthening not only the economy of Northern Ontario, but also of the country, which is why we are committed to creating the conditions that will enable the industry to continue to flourish.”

When I became Premier of Ontario, I moved to ensure that First Nations communities were meaningfully engaged with the province on plans to develop the region. In July 2013, I appointed the Honourable Frank Iacobucci as Ontario’s lead negotiator in discussions with the Chiefs of the Matawa Tribal Council to advance proposed resource development in the Ring of Fire. These negotiations will address environmental protection and monitoring, resource revenue sharing, social and economic supports, and regional infrastructure planning and development. Work is well underway to finalize the Framework Agreement to guide the regional process.

The role and scope of the new development corporation will be determined over the coming weeks. The most immediate investment required will be for infrastructure supporting access to the Ring of Fire region. We will also identify opportunities to support regional community-based infrastructure including community access roads and transmission for First Nations communities in the area.

The total capital investment for industrial infrastructure could be in the range of $800-million to $1-billion, and our government has estimated costs to connect Ring of Fire communities to all-season access roads to be in the range of $1.25-billion. Ontario is prepared to make a substantial contribution to the infrastructure needed to access the resources. We expect your government to come to the table with matching funds.

While many issues pertaining to transportation planning fall within provincial jurisdiction, there is precedence for the federal government playing a role in infrastructure investment that yields national economic benefits, including:

 $508-million in direct spending in the fossil fuels sector, in addition to $1.47-billion in tax expenditures from 2007-2012.
 $130-million to support the building of the Northwest Transmission Line in British Columbia.
 $6.3-billion in a federal loan guarantee to support the Lower Churchill Hydroelectric project in Labrador.

Investing in Ring of Fire related infrastructure is a good investment because the economic opportunity presented by the Ring of Fire is estimated to be on the order of $60-billion. It is as transformative as opportunities arising from other energy and resource developments that your government supports.

The Ring of Fire presents an historic, multi-generational opportunity to transform the region, create thousands of jobs, and enhance the future economic prosperity of Canada. On behalf of the people of Ontario, it is my sincere hope that the federal government will come forward as a partner with a critical strategic investment in the development corporation.