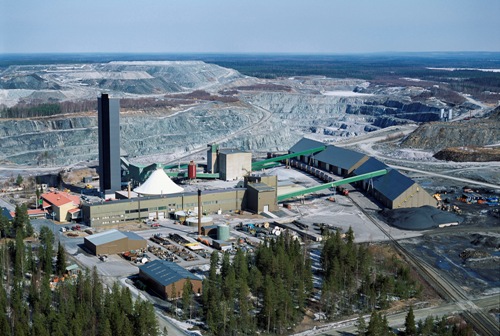 The recent announcement by American-based Cliffs Natural Resources to temporarily halt its chromite mining project in Ontario’s Ring of Fire camp was met with flying accusations of fault by many politicians affected stakeholders, environmental NGOs and First Nations communities.

There certainly is plenty of blame to go around including the company itself – stubborn opposition to a more thorough environmental assessment demanded by First Nations – Cliffs’ inability to finance the project at the present time and most importantly a currently depressed metals market.

However, this might be a great opportunity to scrutinize the entire development and decide if Ontario has leveraged as many economic and value-added benefits as possible during the current commodity super-cycle and why a tiny country like Finland has been able to do much more with a significantly smaller and lower quality chromite deposit of its own.

But first some project background and geo-political analysis on the current state of global mining would be very helpful for Toronto-centric Premier Wynne and her largely southern Ontario cabinet.

Found in the vast isolated James Bay lowlands in 2007, the Ring of Fire is thought to be one of the most important mineral discoveries in Canada since the Sudbury Basin in 1883 and the Timmins gold-fields in 1909. The Ontario Ministry of Northern Development and Mines conservatively estimates the value of the currently known chromite deposits at about $50 billion while a smaller nickel, copper and platinum group metals mine owned by exploration junior Noront is worth $10 billion. Many industry analysts double those figures!

Without a doubt, Cliffs proposed Black Thor chromite mine and its 70% interest in the Big Daddy deposit – junior explorer KWG Resources owns the remainder – is among the richest in the world. There are other chromite deposits in the Ring of Fire that have not been fully explored and many experts feel there is enough of this vital mineral to support a century of mining at the very least.

Chromium is one of the most vital and indispensable industrial metals for our technology dependent, high standard of living and there is no substitute for its unique metallic properties. It is used for aircraft engines, consumer and health products, auto plating, a variety of stainless steels – giving them their corrosion resistance – and many critical military uses.

South African chromite deposits are found in extensive reefs – similar to layers in a cake – in the Bushveld region and are generally one to two meters thick, therefore very expensive to mine. The chromite deposits in the Ring of Fire are often 120 feet thick and occur in a vertical sheet beginning at surface which significantly lowers mining costs.

For context, if Cliffs had been producing their planned 4.4 million tonnes of chromite last year, Ontario would have been the second largest supplier in the world. This project is a “game changer” in the chromite sector.

One of the major concerns about chromite is about the reliability of the top three producers which account for almost 80% of world supply. Both South Africa and Kazakhstan have political stability issues while India is concerned about security of supply for its own industrialization and urbanization, making the high-quality chromite deposits in Ontario enormously attractive, especially for U.S. military industrial complex.

According to the United States Geological Survey, there have always been enormous government concerns about the availability of this strategic metal “during every national military emergency since World War 1.” Chromium ferroalloys were one of the metals held in the National Defense Stockpile, established in 1939 but have been largely exhausted during the past decade.

The resurgence of China as an industrial/military competitor to the U.S. with its voracious demands for all mineral commodities, have caused renewed concerns or mild panic inside some American military circles, about the strategic value and timely access to a wide variety of metals, including chromite.

Yes Premier Wynne, There Still is a Commodity Super Cycle!

Before we continue, we need to understand the current state of the global mining industry.

We are still in the middle of the biggest commodity super-cycle the world has ever seen but it is currently on pause. There has been an avalanche of media and analyst commentary about the end of this astonishing period of metal demand due to the present downturn in the Chinese economy and mineral prices. 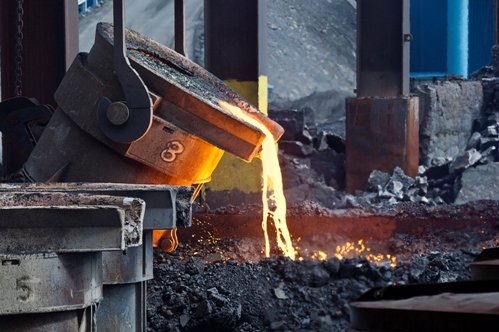 Commodity super-cycles are periods of turbo-charged mineral demand due to the industrialization and urbanization of large economies. According to the late Allan Heap, a well-respected Citigroup analyst, there has been two major commodity super-cycles in the past 150, years.

The first was during the enormous economic and technological growth of the United State in the late 1800s and early 1900s, while the second occurred from 1945 to about 1975-77 due to the massive postwar reconstruction of Europe and the later growth of Japan and South Korea.

However, even during these intense periods of metal consumption, demand and prices did not go up in a straight line and the “boom and bust” nature of mining was and still is an integral part of a commodity super cycle. Born and raised in Sudbury, Ontario during the last super cycle, I witnessed first-hand the cyclical nature of mineral demand when the old Inco would lay-off 2,000 men due to a recession and then rehire 3,000 a few years later when the economy recovered.

It is no different this time except for the scale of the urbanization and industrialization in China, unprecedented in human history, with hundreds of millions of individuals moving from the countryside to their ever-expanding cities. India is expected to follow China’s path in a few years. To various degrees similar migration patterns and/or industrializations as well as higher living standards are happening in Brazil, Indonesia, Turkey, Mexico and many other developing countries.

According to the McKinsey Global Institute, “Up to three billion more middle-class consumers will emerge in the next 20 years compared with 1.8 billion today driving up demand for a range of different resources.”
And a PwC report in December 2011 – Minerals and metals scarcity in manufacturing: the ticking time bomb” highlighted the real fear of mineral shortages among manufacturing executives as global populations and standards of living both increase.

This metal intensive development and drive for higher standards of living is the proverbial “genie out of the bottle” and will last for decades. Furthermore it is accompanied by a growing global population that could see our numbers increase from the current 7.1 billion to around 8 billion by 2024 and 9 billion by 2040.

And one last policy item that seems to be overlooked is the decaying North American infrastructure. Over the next few decades it is estimated that two or three trillion dollars in the United States and about $400 billion in Canada must be spent to replace roads, bridges, water and waste water pipes, electrical and other critical infrastructure, which will increase competition for scarce mineral resources.

Without a doubt, politically stable mining jurisdictions with multi-generation mineral deposits that conduct sustainable and environmental sound mining practices are in a commanding position of strength, like Ontario and the Ring of Fire.

Ontario is settling for chromite crumbs

Cliffs Natural Resources intends to produce 3.2 million metric tons of concentrate from the chromite ore from its Black Thor open pit, roughly half of which will be exported to foreign markets while the other half sent to Sudbury to be further processed into high-carbon ferrochrome at a newly built furnace.

Is this the best Ontario can achieve from one of the world’s richest deposits of chromite?

Journalist Madelaine Drohan, author of a 2012 policy document called The 9 Habits of Highly Effective Resource Economics: Lessons for Canada wrote, “The tectonic shifts taking place in the global economy have made natural resources sufficiently important that Canada needs to take a fresh look at whether it is managing their development in a manner that is both sustainable and in the long-term interest of all Canadians.”

That statement holds doubly true for Ontario – Canada’s largest mineral producer which has no official mining resource policy and a long and unfortunate history of exporting raw and semi-processed materials – a “rip and ship mentality”- to the economic detriment of the province’s vast and undeveloped northern regions.

All the major chromite ore producers are clamping down on raw ore exports, believing that there is significantly more value and jobs in the smelting of ferrochrome. However, Ontario should not be satisfied with just ferrochrome production and focus on moving up the value chain to attract stainless steel producers.

In part two, we will look at tiny Finland, a stainless steel superpower and why the ferrochrome furnace should be relocated to Thunder Bay.

This column was originally published in the August 30, 2013 edition of the Sudbury Star.

Stan Sudol is a Toronto-based communications consultant and mining analyst who owns/edits www.republicofmining.com. He can be reached at [email protected]