August 1, 2013 in Aboriginal and Inuit Mining and Oil/Gas, Canada Mining 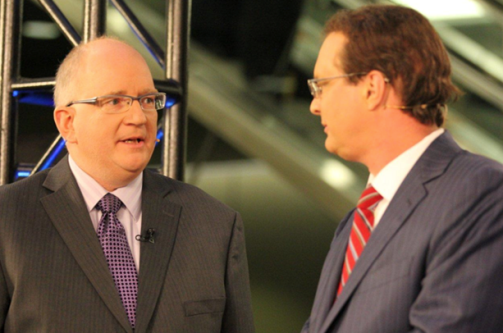 Ross Gallinger is the Executive Director of the Prospectors and Developers Association of Canada (PDAC).

Canada has long established itself as an international hub for financing as well as business leadership in mineral exploration and mining. Our expertise runs deep and investors around the world respect and value it. At home, mining has a substantial economic impact on our nation’s north and on Aboriginal communities. The mining sector is a powerhouse of Canada’s economy.

Of the world’s public mining companies, 58 per cent are listed in Canada. There are nearly 1,700 mining and junior mining companies listed on the Toronto Stock Exchange (TSX) and TSX Venture Exchange (TSXV). Together they are responsible for approximately 90 per cent of the world’s mining equity financings by number and nearly 40 percent by value. With the state of equity markets steering away from the resource sector, the Harper government has the opportunity to renew key investments that spur private sector activity and create jobs, to ensure domestic growth and activity for future Canadians, as well as maintain global leadership.

In northern Canada, development and jobs depend heavily on mineral exploration and mining. The number of land development agreements between Aboriginal communities and private companies is proof positive. The Northwest Territories and Nunavut Chamber of Commerce estimates that the diamond mining industry alone contributed more than $100 million to aboriginal communities as well as investing in education and job training. Nationally, mineral exploration and mining contributes more than $36 billion to our GDP.

Success in the North requires strategic investments by both governments and companies. The Federal government has a number of successful initiatives that support growth and prosperity in the North. Mineral Exploration Tax Credit (METC), the Geo-mapping for Energy and Minerals (GEM) program and the Targeted Geoscience Initiative (TGI) are vital contributions to Northern Development. With the initial government investment, exploration companies can operate in areas with high concentration of mineral strains with greater success. This increases confidence and generates investment from the private sector, especially in the north, where there are few other economic activities. GEM and TGI programs are both critical to the efficient, effective and responsible development of new mineral deposits and mines.

The current challenges facing the market, coupled with the difficulty of raising capital, reinforces the significant importance of the METC. The Prospectors & Developers Association of Canada has long advocated for an extension to this annual program that has demonstrate tremendous returns for our country. METC has become the lifeblood of the exploration industry. It has been in place for twelve years, and has become an integral part of the “Super” Flow-Through system for grassroots exploration which supports the junior mining sector.

The GEM program creates a common knowledge base for industry that defines regions of greatest resource potential for long-term development. Junior exploration companies can operate more efficiently by focusing their resources on areas with greater potential for mineral discovery and conversion to mining operations, and later creating valuable high-skilled jobs in remote communities in Nunavut and NWT.

As defined by the federal government, TGI is a collaborative federal geoscience program to generate new geoscience knowledge in support of deep exploration. This is the third renewal of a highly successful minerals program that began in 1999. In addition, TGI help leads the development of new geoscience-based techniques to help companies focus on areas of buried mineral deposits. The federal government has invested $25 million over five years in the TGI program and to renew the program in 2014 would be an additional support for the industry.

The exploration and mining sector is a Canadian powerhouse and part of our prosperity. Jobs are created, private sector investment happens, Canadians prosper. For northern communities this is critical. Our ongoing growth and development captures the international mining industry’s attention. The federal government recognizes it and has supported the industry for years. Its investments are behind the industry’s strength, growth and leadership around the world. Now that renewal is upon us, the government can once again invest in Canada and support mineral exploration and mining.