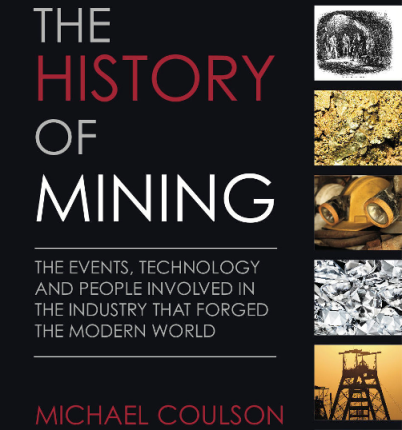 It is impossible when considering mining in the 20th century not to place the Oppenheimer family at the centre of the development of the South African industry, one that is pre-eminent in the production of precious metals. Sir Ernest Oppenheimer played a crucial role in establishing the Anglo American group and, as Chairman of De Beers, in organising the modern diamond-trading cartel, the Central Selling Organisation, now much reformed.

Sir Ernest was born in 1880 in Freidberg, Germany, where his father Edward was a cigar merchant. The Oppenheimers were a large German Jewish family with excellent connections, particularly in the diamond business in England. When he was 16 he went to England and started work as a clerk in the London office of diamond merchant A. Dunkelsbuhler, who was his cousin, and became a naturalised Briton.

In 1902 he was sent to Kimberley to run the South African buying office of Dunkelsbuhler where two of his brothers were already ensconced. From there his career took off, but it was gold that provided his initial launch pad. He acquired gold properties in the Transvaal for a group of German investors and in so doing took a participation in the properties, plus an option to increase his stake in the future. During the First World War, to avoid his partners’ interests being expropriated, he injected them into a new internationally-financed company, Anglo American, in 1917. He also became Mayor of Kimberley during the war, formed the Kimberley Regiment and was knighted in 1921 by George V for war services in South Africa.

Although born a Jew, Sir Ernest converted to Christianity in the 1920s. He had married Mary Pollock, a London girl, in 1906 and they had two sons. One of them, Harry, was to be Sir Ernest’s successor to the family’s commercial dynasty. Mary, then Lady Oppenheimer, died in 1932, and in 1934 Sir Ernest married Caroline Harvey.

Fired by his gold successes, Sir Ernest set out to rationalise and then control the South African diamond industry and in particular, De Beers – the creation of Cecil Rhodes. By 1929 Sir Ernest had achieved his aim and became Chairman of De Beers. During the Depression years of the 1930s the world diamond industry came close to collapse and Sir Ernest devised a single-channel marketing concept, or cartel, to bring the selling of the majority of the world’s diamonds under the control of De Beers.

This cartel survived until the early 2000s, when new discoveries outside the control of De Beers – and the decision of the group to stop being the buyer of last resort – led to the establishment of the Diamond Trading Company as the group’s marketing arm. After the end of the Second World War Sir Ernest consolidated the position of both Anglo American and De Beers; in the latter years of his life his son Harry took over the reins of both companies. Sir Ernest died in 1957, having established two of the world’s largest mining companies in the short space of 40 years.

Although Sir Ernest never achieved the notoriety of Cecil Rhodes or Barney Barnato, he was a ruthless operator; if he had not been it is unlikely that he would have been able to bring order to the unruly South African diamond industry. Some of his business practices were, however, controversial, particularly his protection of his German investors in the First World War and the establishment of the diamond cartel. His unhelpful, in the view of the American government, attitude towards the US demand for secure supplies of industrial diamonds during the Second World War was another black mark against him, although the ban on De Beers doing business in the US, as a result of the diamond cartel, has now been lifted.

Away from business Sir Ernest was particularly generous in his endowments to Stellenbosch University in SA and to Oxford University. He also plowed large amounts of money into decent housing for mine workers and Africans displaced by apartheid, who were forced to live in townships like Soweto.

The Ernest Oppenheimer Trust was established after Sir Ernest’s death to help the disadvantaged, providing support in both education and housing. With Anglo American now a British company and De Beers subsumed and much changed within it, Sir Ernest’s commercial empire has moved on. However, like Cecil Rhodes before him, Sir Ernest remains one of the great figures in the development of the modern mining industry.