May 16, 2012 in Corporate Social Responsibility, Vale 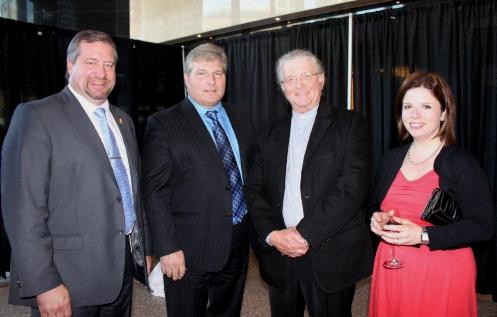 SUDBURY, May 16, 2012 – Vale has found an unlikely partner in Jon Butler, President of the La Cloche Mountains Preservation Society and a local resident of Willisville, Ontario near Vale’s Lawson Quarry operations.

In 2010, Butler discovered that Vale had an aggregate license to mine the historic Willisville Mountain, one of the oldest mountain ranges on earth and the subject of Canadian songs, stories and art painted by the likes of the Group of Seven. In response, Butler launched a social media campaign and online petition to ‘save the mountain.’ 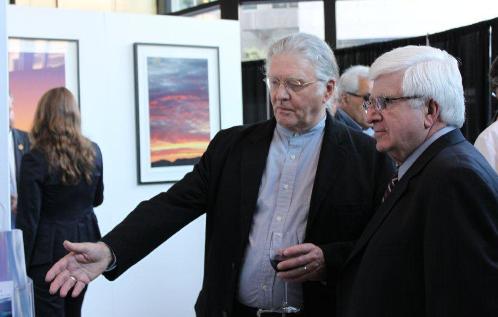 (L to R) Jon Butler discusses some of his photography of Willisville Mountain with Rick Bartolucci, Minister of Northern Development & Mines

Working constructively together with Butler and the Ministry of Natural Resources, last April Vale voluntarily surrendered portions of its existing aggregate license to ensure the historic Willisville Mountain and surrounding area will remain untouched and undisturbed.

In late fall, Butler approached Vale about his photography exhibit featuring Willisville Mountain called “The La Cloche Spirit: The Equivalent Light”. Vale agreed to sponsor the exhibit, which is featured as part of a major Toronto photography competition called CONTACT 2012. In fact, the exhibit is displayed in the South Lobby of the Royal Bank Building, home to Vale’s global Base Metals operations.

“La Cloche Spirit: The Equivalent Light is both a celebration of the beauty of La Cloche and of Vale’s decision to protect the Willisville Mountain area for generations to come,” said Jon Butler. “I try to capture the experience of the La Cloche moment in my photographs for all to enjoy and interpret,” he added.

On Monday May 14, Butler’s photography exhibit was launched during a special reception. Michael Mantha, MPP of Algoma-Manitoulin, Chris Hodgson, President of the Ontario Mining Association and Rick Bartolucci, Minister of Northern Development and Mines, were on hand to help celebrate the launch.

“Jon’s photography of the area is remarkable and serves as a symbol of how companies and communities can work together in order to achieve a greater good,” said Angie Robson, Manager of Corporate Affairs for Vale’s Ontario Operations. “The relationship that has been created between Jon and Vale is very special, and we are so happy to be able to support him in showcasing the beauty of Willisville Mountain.”

“The La Cloche Spirit: The Equivalent Light” exhibit will be displayed at Vale’s headquarters in Toronto until Saturday May 26, 2012 and at the Gore Bay Museum Heritage Centre from June 10 to August 6.