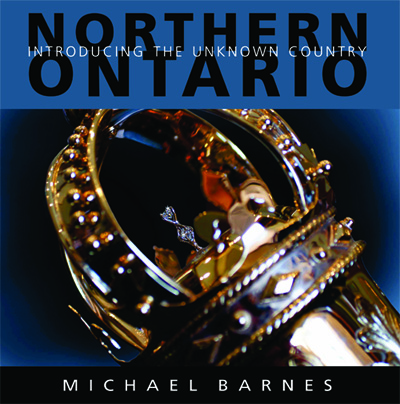 Geologists have two theories as to the origins of the metals that are driving the push to access the potential bounty of the Ring of Fire deposits. The area it covers may well be bigger than the Sudbury Basin. One theory has it that the volcanics in the great arc were there first and then the granite intruded, bringing up host rocks for the minerals.

The other is connected with Continental Drift during the earth’s early history. In this line of thought, two separate subcontinents collided, and between the faulted contact between the two, mineral plumes brought up the minerals. More drilling in the granite should eventually settle the matter.

In the meantime, the rare mix of metals waiting for harvest has excited more interest than any other mining boom in Canada in decades. One estimate of the value of the chromium alone currently known to be present is set at $30 billion. As diamond drills continue to define the different ore bodies, and geologists ponder each metre of core brought to surface, there is much debate as to how mining will be done and the way it will be brought to market. (Continued after video)

In 2010, the Prospectors and Developers Association of Canada awarded the discoverers of the Ontario Ring of Fire mining camp – Richard E. Nemis, John D. Harvey, Mac Watson,  Donald Hoy, Neil D. Novak – the Prospectors of the Year Award. The above video highlights the most significant Canadian mineral discovery in almost a century.

In an area where there is no infrastructure, as it is so remote from major highway and rail systems, transportation is a very real problem. To  understand the situation, examine positions taken by the main players.

Pioneer in the area Noront Resources sees as its transport link an all-weather road from Webequie to Pickle Lake, which is the most northerly community in Ontario having year round access to an all-weather road. From this point, its nickel product may have access to road and rail connections; several First Nations have signed on to this route as being preferred for their territories. The onsite projection is an underground mine with a concentrator. Waste or mine tailings would be stored underground to prevent contamination of ground water. Noront has the largest landholding, 117,000 hectares, and expects to fi nd more deposits in this huge area. The company has secured large investment support from a major Chinese steelmaker.

Other original stakers Spider and KWG Resources have been joined in partnerships by giant North American steelmaker Cliffs Natural Resources. To get their copper, zinc, and chromium to market, KWG has a novel but costly approach developed by president Frank Smeenk. This would be a north-to-south railway 330 kilometres long from the mine site connecting with Nakina on the Canadian National Railway line. To this end, ground has been staked for a right of way, and test borings taken of the projected rail bed. The radar system LiDAR — for light detection and ranging — has been used along
the projected route to survey the ground.

As an imaginative sideline to this activity, a subsidiary company, Debut Diamonds, is testing the results of the boreholes to look for diamonds. Cliffs would be the operator among the trio and at present feels a north-south road would be more economical. Its planning is the most comprehensive of the trio and features mining by open pit, with an adjacent concentrator. The ferrochrome product would go first by road to Nakina and then by rail to a more southerly location. Present thinking places the proposed site of the plant at Capreol, on the edge of Sudbury, or even Timmins. The Ontario Northland Railway has been suggested as builder and operator, should a rail link be constructed, but so far, funding for it has not been established.

Probe Mines, in common with other firms that hold property in the area, has a prudent wait-and-see attitude. With ground in the ultramafic rock complex that hosts nickel, copper, and chromite, and a joint venture with Noront, the company continues to drill its properties but waits for decisions made by others, for it will be the dominant players that decide what system of transportation will be chosen, as well as eventual extraction methods.

The province has set up an administrative body to handle all matters relating to the promising mineral developments in the James Bay Lowlands. This is the Provincial Ring of Fire Secretariat. Leader Christine Kaszycki — an assistant deputy minister in the Ministry of Northern Development, Mines and Forestry — is charged with keeping track of all the events associated with the northern development and has marshaled all the current data on the project area to date. In her layout of the mining sequence, the competing firms are still in the late exploration stage. Consultation with interested parties — not the least of which are the First Nations reserves that have traditional territory in the area, others being the mining companies and the government — ongoing environmental studies, permitting, and actual mine development will mean that likely none of the ore bodies will begin to be harvested until at least 2016. Provincial funds are available in the interim for training Aboriginal area residents and assisting all of the interested parties to forge relationships so that a working arrangement of trust may be maintained.

The provision of power is another problem that will have to be solved before substantial development may be undertaken. KWG has a 28 percent stake in the chrome deposits and suggests private enterprise should set up a grid by building a series of hydroelectric dams fed by the rivers in the Lowlands, as Ontario Hydro power rates are considered too costly by the mining companies. The provision of electricity on a grid and not through costly diesel generators would hugely benefit the nine First Nations  communities in the area.

At first glance, the problems associated with accessing the minerals discovered in the Ring of Fire and bringing them to market might seem insurmountable. Transportation infrastructure costs will be huge; consultations with government agencies, First Nations groups, and environmentalists will be lengthy. The impact of weather on year round activity in the area may be significant. But North America is hungry for chrome, and the copper, zinc, and nickel deposits find a ready market. Then of course there is the distinct possibility of finding diamonds in the area now that the Victor Mine to the east is delivering high-quality stones; and little has been said about the presence of gold found in the deposit mix.

In the past, the great mining camps of Northern Ontario usually grew without planning or immediate monitoring by the province. With the creation of the Ring of Fire Secretariat, the development of the vast potential of this large James Bay Lowlands location should give all stakeholders in the area fair representation. There is the prospect of enough chromium present in the ground alone for a century plus of mining, so the development will proceed. Two facts are certain: Many of the plans now being made to unlock this twenty-first century vast set of mineral discoveries will no doubt be altered before the first ore comes out of the ground. The involvement of both federal and provincial governments and expenditure of vast sums by both government and successful operators is also a given.