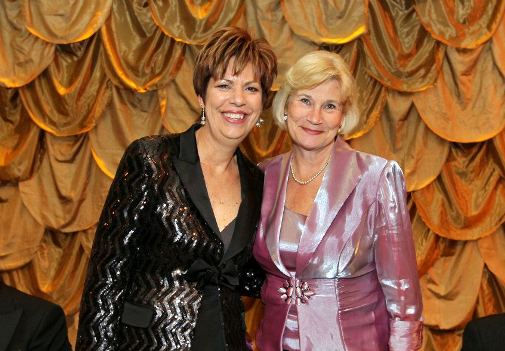 This award recognizes an individual who has achieved one or more of the following: made a substantial contribution to mineral exploration and mining development over a number of years; given considerable time and effort to the PDAC; made outstanding contributions to the mineral industry in the field of finance, geology, geophysics, geochemistry research, or a related activity.

Deborah McCombe is the recipient of this year’s award for her many contributions and distinguished service to the mineral industry and its supporting organizations, including the PDAC. Mrs. McCombe served as a PDAC director from 1996 to 2011.

She is a member of the CIM standing committee on mineral resource and mineral reserves and is a Canadian representative of the committee for mineral reserves international reporting standards (CRIRSCO). Deborah received the CIM Fellowship Award in 2005 and a 2001-2002 Distinguished Lecturer Award for her presentations on National Instrument 43-101 across the country.

She is a past director of Mining Innovation, Rehabilitation and Applied Research Corporation (MIRARCO). Mrs. McCombe served as a member of the APGO council as councilor at large from 2007-2009, subsequently becoming vice president and then president. Deborah was president of Watts, Griffis and McOuat before joining the OSC as chief mining consultant in 2000. Currently, she is executive vice president, business development for Roscoe Postle & Associates.