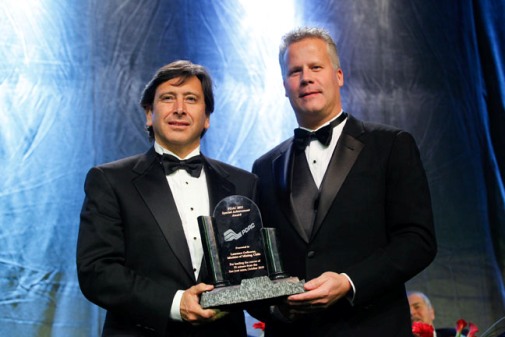 An award for special achievement is being given this year to Laurence Golborne, Mining Minister of Chile, for his management of the rescue operation that saved 33 miners who had been trapped underground for 69 days in the San José copper-gold mine.

An estimated one billion people around the world were riveted to screens on October 12, 2010, as, one by one, the miners were winched to the surface in a 21-inch wide bullet shaped capsule called Phoenix, following a rescue effort that had taken 51 days and is believed to be the deepest ever.