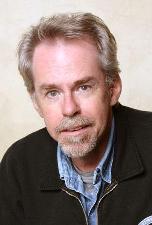 By the time the Mine Mill took successful root in the Nickel Range in 1944, it was already legendary for its scrappy, roistering way and its colourful, larger-than-life leaders, including the songwriter and labour martyr Joe Hill, and one-eyed William “Big Bill” Haywood, who rose from a strapping teenaged handmucker out of the Nevada gold camps to president of the Western Fed, and a co-founder of the International Workers of the World, or “Wobblies.”

The tone for Local 598’s relations with the world’s largest nickel company was set early on. On the night of February 24, 1942, the union’s organizing office in downtown Sudbury was attacked by a dozen thugs who smashed equipment and roughed up two organizers, putting one of them in the hospital. If the move was an attempt by the International Nickel Company to dissuade by intimidation, it failed miserably. The union charged that the assailants were actually Inco shifters from the Frood Mine, who were theoretically underground that night. It even went so far as to name seven of them and flood the community with a hard-hitting leaflet accusing the company of “plain Hitler fascism.”

The attach created widespread sympathy within the workforce, and, aided by the labour shortage and insatiable nickel demand created by the Second World War, paved the way for the creation of the largest single union local on the North American continent.

The 14 years that followed were a time of labour peace at Inco, and might be termed “the Golden Age” of the Mine Mill. The union negotiated a succession of one and two-year contracts without a strike, and Local 598 became a social, cultural, and political beacon within the Sudbury District. At a time when government-supported social and cultural amenities were minimal, the Mine Mill sponsored a full range of cultural activities, including dance classes for children, amateur theatre, and concerts.

(The first appearance outside the United States by the great Afro-American tenor Paul Robeson, after a travel ban against him was lifted, was at the Mine Mill Hall on Regent Street on Feb. 29, 1956.) the union also built a series of satellite union halls in the outlying communities of Chelmsford, Levack, Garson and Lively, as well as the Mine Mill Children’s Camp on Richard Lake, just south of Sudbury.

But there were storms clouds on the horizon for the union. Because of its activism and progressive stands on many issues (discrimination based on “race, creed, colour, sex or national origin” was strictly proscribed by the Western Fed constitution by the late 1800s – many decades before the creation of the first Human Rights Commission), the Mine Mill was accused of being a communist-led organization.

The beginning of the end for 598 came in 1958, when the union faced its first full round of recessionary bargaining. Rather than accept concessions, the rank and file voted to strike the International Nickel Company for the first time; the results proved little short of disastrous. The strike began in late September and ended just before Christmas, with the members settling, in the end, for what the company had offered before the strike began.

This result fuelled a growing dissident movement within the big Local with a more conservative and, as it turned out, pro-Steelworkers faction winning the Local Union elections in 1959. By the following year, a full-blown raid by Steel against the Mine Mill was under way. The ensuing struggle bitterly divided the Sudbury community. As the battle escalated, it approached something very close to civil war, with car bombings and two full-blown riots, though no lives were lost.

Many Inco workers proved fiercely loyal to the Mine Mill, charging that the raid was inspired and led by the CIA, a claim for which there was indeed circumstantial, thought no conclusive, evidence. The Steel raiders countered that Mine Mill was in fact a Communist-led organization, and that the Local’s leadership had been both dictatorial and disingenuous on the communism issue.

When a vote was finally held in 1962, the results reflected the deep division within the Local: out of 14,333 eligible voters at Inco, Steel received 7,182 of the ballots cast, winning by just 15 votes!

And so was born United Steelworkers of America Local 6500, representing production and maintenance workers at Inco’s sprawling Sudbury operations. At Falconbridge, however, Steel was never able to gain a majority; Local 598, though much reduced, remained the bargaining agent for worker there. The wounds created by the Steel raids would take more than a generation to heal.

While the Mine Mill may have been removed from the mix, the militancy of the Inco workforce remained. Eager to avenge the loss of 1958, the 14,000 members of Local 6500 conducted a wildcat strike against the company in 1966 that included an extraordinary level of picket-line confrontation, not to say violence. When the company opted to fly management personnel into its strikebound plants by helicopter, the machines were shot at from the picket lines.

Eventually, several hundred OPP officers were called in to keep the peace. Subsequent legal strikes fallowed in 1969 and 1978. The latter, which lasted for ten-and-a-half months, was a truly epic affair that remains to this day the largest strike, in terms of employee days lost, in the annals of Canadian labour.

And nor was the extraordinary level of combativeness and toughness exhibited by Sudbury’s hardrock miners and smelter men lost on the labour movement at large. By the late sixties, with the Vietnam War in full swing and nickel in short supply, Local 6500’s members had become the “shock troops” for organized labour in Canada’s industrial heartland.

A phenomenon known as “Inco-pattern bargaining” emerged, whereby the contract negotiated by the Steelworkers at Inco served as a template for contracts at Falconbridge, Algoma Steel in Sault Ste. Marie, and the mighty Hilton Works at Stelco in Hamilton. Frequent breakthroughs resulted, and not only in terms of wages. Far more stringent safety and health rules on the job, joint company-union safety and health committees, cost-of-living escalator clauses, and decent, indexed pensions were also achieved during this period.

One of the key breakthroughs of the 1978-79 strike would not be felt for another 25 years: the stage was set for “30 and out” pension eligibility in the nickel industry (i.e. 30 years seniority qualified an Inco or Falconbridge employee for a full, indexed , and lucrative, pension, regardless of age).

By he start of the 21st century, Sudbury had become the cradle of a new Canadian social phenomena: a whole generation of Baby Boomers, many barely turned 50, had retired from the industry with their health, longevity and earning power intact. By 2005, Inco’s Sudbury operations had some 14,000 pensioners on its books, compared with just over 3,000 active, hourly-rated employees.

Some statistics, however, described yet another chapter in Sudbury’s labour history. From roughly 1980 on, the global influence of the city’s labour juggernaut began to wan. The introduction of ever more complex and expensive machinery along with bulk mining methods underground; the emergence of new nickel producers around the world; the increasing depth of muck and correspondingly higher costs of production (some of which, was the result of labour’s own success at hard bargaining); all would allow for an 80 per cent reduction in the district’s active nickel workforce, even as production per remaining worker increased by a corresponding amount.

But this movie is not over yet. The proposed merger of Inco and Falconbridge threatens to put the Mine Mill (which joined the Canadian Auto Workers in 1993) and the Steelworkers at loggerheads once again. Although Steel currently represents the vast majority of the global workforce at what would become the New Inco, the Mine Mill is still the official bargaining unit for two key components: Falco’s Sudbury mines, mill and smelter, and the Kidd Metallurgical Division in Timmins, Ontario.

Already the heavy guns at both the CAW and Steel have been limbered, and it appears that neither union will go gladly into the good night of hardrock mining narrative.