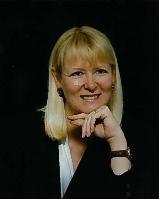 The MINING ASSOCIATION OF CANADA (MAC) released its latest “Facts and Figures 2008” publication at the recent Mines Ministers Conference in Saskatoon. In it are details about the production, reserves, exploration, trade and investment, innovation, tax and human resource aspects of our industry. That’s a lot of ground to cover in 65 pages, but MAC is once again the most comprehensive source of such numbers.

Here are a few of them:

VALUE: The contribution that the metals and minerals industry makes to Canada’s economy by value is relatively stable at 3.5% to 4.5%. Meanwhile, the gross domestic product (GDP) grew to $1.2 trillion in 2007. Of that amount, mineral extraction contributed $9.68 billion and mineral manufacturing $32.22 billion.

RESERVES: Canadian reserves continue to decline as they have for the past 25 years. Years of rising commodity prices led to a “modest” increase in 2006 and 2007, but without exploration spending in this country, production will also decline.

EXPLORATION: Last year companies spent $2.77 billion on the exploration of projects in Canada. That figure represents 19% of total global exploration spending. Junior companies had budgets that outstripped those of senior companies by 2-to-1 in this country.

MAC noted the decline in basic GEOSCIENCE SPENDING over the last 20 years. It is down both federally and provincially. The total has dropped from $175.00 million in 1988 to $83.00 million in 2007, or more than 50%. Without renewed commitment from government, industry will lack the basic tools with which to successfully explore Canada.

CAPITAL EXPENDITURES: The cost of capital projects in the mineral extraction sector totalled $6.351 billion in 2007, up 20% over 2006 and expected to rise another 12% in 2008. A steady rise is also recorded for the mineral manufacturing sector, which spent $9.15 billion last year. As we would expect, the most expensive capital projects are found in the oil sands sector, which spent $16.00 billion last year, up 31% over 2006 and projected to rise another 23% next year.

EMPLOYMENT: The mining industry provided 51,305 direct jobs in 2007, a decrease that has been gradual since 1991. In secondary employment provided by primary and fabricated mineral production, another 312,129 jobs were available. Mining industry wages averaged $1,213 per week last year, beating next best-paying sector, finance and insurance, by a handsome 21%. The best-paid sectors in the our industry were coal mining ($1,427), metal mining ($1,284), smelting and refining ($1,208), and non-metal mining ($1,087).

FINANCING: The TSX-Toronto continues to be the market of choice for the mining industry. Last year $17.57 billion or fully 35% of the global total was raised through Canada. The second largest amount, $9.88 billion, was raised through the LSE-AIM in London, U.K.

If our readers’ eyes are not glazed over after so many numbers, there are more to be perused in the “Facts & Figures 2008” booklet. Many of the numbers are available by province; there are lists of Canadian producers, production costs, and R&D spending. MAC has included analysis of global metal prices, environmental trends both for mining and other industries, foreign investment, international trade, and international developments.

The free, full-colour publication may be downloaded from the MAC website, www.Mining.ca. I suggest sharing this information with your friends and neighbours who might not otherwise learn of the mining industry’s accomplishments in this country.