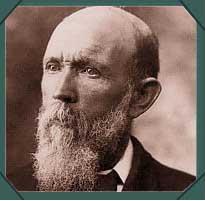 Hannan happened to be in the ‘Cross’ when Arthur Bayley [qv] returned to claim his find at Coolgardie, and later, in the Sunday Times in 1909, he recalled that he “saw him [Bayley] talking with Warden Finnerty, and you know, a prospector is quick to note such incidents.” After talking with the Warden himself, Hannan left immediately with his mate Tom Flanagan for Bayley’s find (Coolgardie).

After about nine months of successful prospecting in Coolgardie, Hannan and Flanagan departed in June 1893 for a reported discovery at Mt Youle. The account of their discovery and the role of Shea was challenged by Shea’s brother in 1908. Hannan’s account in 1897 and later, another in 1908 when responding to the claims of Shea’s brother, appear to be among the few surviving from the discoverers. Hannan noted that while en route to Mt Youle, he and Flanagan found colours near what was to be known as Mt Charlotte on 10 June. In fact, Hannan reported that Flanagan found the first substantial piece of gold, a 5dwt piece. Hannan noted that Shea, who both he and Flanagan knew, had left Coolgardie for Mt Youle ahead of them.

When they realised that they had discovered something worthwhile, Hannan and Flanagan proposed to seek out Shea who was still in the vicinity and to offer him a share in their discovery if he returned. Seeing that “we were getting excellent gold we decided to apply for a reward claim” and on 17 June, Hannan left for Coolgardie where he filed for a reward claim. According to a report in the Sunday Times of 14 February, 1909, Flanagan noted that while Hannan was away, he and Shea picked up a further 100 ounces of gold.

By the end of June around 1,000 prospectors were at work in and around the new discovery at ‘Hannans’. Although Flanagan, Hannan and Shea took a considerable amount of gold from the leases that they were granted, they did not remain long on the field and by February 1894 they had sold the original claim. The alluvials that yielded Hannan, Flanagan and Shea their gold did not last long, but the influx of experienced miners led to the discovery of the rich lodes of the Golden Mile to the south of the discoverers’ reward area.

Hannan left for a holiday in January 1894, returning to prospecting north of Kalgoorlie later in the year. Apart from short breaks, he remained in the eastern goldfields of WA at least until 1907. While he was reported to be at the Bullfinch rush in 1910, it is likely that he had already retired to the Melbourne suburb of Brunswick by the end of the first decade of the twentieth century. He resided there until his death in November 1925.

Flanagan had returned to Bendigo in Victoria by 1898, for the Bulletin reported he had had a leg amputated in that year and was living at the home of his sister-in-law. In poor health, Flanagan died late in 1899 after a bout of influenza.

According to the report of Shea’s death in the Kalgoorlie Miner, after leaving Kalgoorlie he had prospected in the Murchison and Pilbara before moving to Perth where he had lived in relative poverty until the time of his death in 1908.

As a reward for their discovery, the Crown granted Shea, Flanagan and Hannan a Kalgoorlie town lot each and, in 1907, the surviving discoverers, Shea and Hannan, received annuities of £a3100 each.

While the discovery of gold was in itself significant, as important were the rush of migrants that the new discovery brought from the eastern colonies, the capital that the new field attracted, and the transformation that was effected in WA society, politics and economy by the establishment of large centres of population outside the coastal regions. Equally, the discoveries of Flanagan, Hannan and Shea opened the way for the development of a large scale industrial mining at Kalgoorlie-Boulder, the first mass industrial activity in the colony.