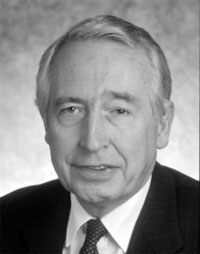 Thompson is widely regarded as one of the shrewdest strategic thinkers in Canadian mining. In the early 1990s, he structured deals that allowed Teck to expand its metallurgical coal interests by operating and eventually acquiring the Quintette mine from a bank consortium, and by purchasing the Elkview mine from receivership. In 2003, through strong negotiating skills and dogged determination, he stickhandled a process that consolidated these assets and those of Fording and Luscar into the Elk Valley Coal Partnership, the world’s second-largest hard metallurgical coal group, and improved Canada’s competitiveness in this market.

In 1995, Thompson became chief executive officer of Cominco and helped transform it into a world leader in zinc production. The company doubled the size of the Red Dog mine in Alaska, which became the largest zinc mine in the world; expanded the Cajamarquilla zinc refinery in Peru; reactivated the Pend d’Oreille mine in Washington state; and acquired the closed Lennard Shelf mine in Western Australia. Thompson oversaw the construction and successful startup of the Kivcet furnace, increased production of specialty metals and improved the environmental performance of the smelter complex at Trail, B.C., to make it one of the most profitable smelters in the zinc industry. In copper, he increased Teck Cominco’s stake in the Highland Valley mine to 97.5% by acquiring BHP Billiton’s 33% position in 2004.

Born in London, U.K., in 1939, Thompson is a graduate of the London School of Economics and the Advanced Management Program of the Harvard Business School. He joined Teck in 1980 from Messina Transvaal in Johannesburg, a copper mining company with industrial interests. At Teck, he served as senior vice-president and chief financial officer from 1980 to 1994, president and CEO of Cominco from 1995 to 2001, and deputy chairman and CEO of Teck Cominco until April 2005. He retired from the board of Teck Cominco in April 2007.

Thompson has enhanced the stature of the Canadian mining industry through a long-held commitment to corporate social responsibility. He enacted policies to ensure that jobs, training and other benefits flowed first to indigenous communities near the Red Dog mine in Alaska, and advocated similar policies to strengthen Peruvian communities near the Antamina copper-zinc mine in Peru. Since his retirement, he has co-chaired the Competition Council for the B.C. government and in 2007, he was appointed chair of the Vancouver Coastal Health Authority.